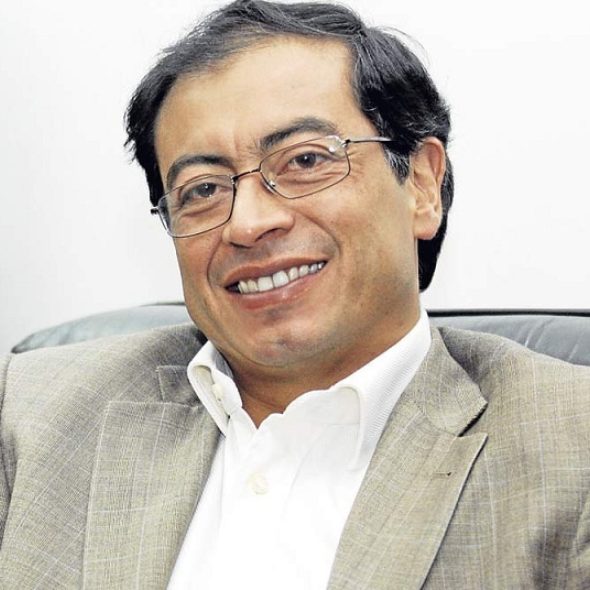 Gustavo Petro was born in Ciénaga de Oro, Córdoba; he studied at La Salle public school and graduated in Economics at the Externado University. At 21, Gustavo Petro became a Representative, and the 22nd independent councillor of Zipaquirá. He was a candidate for the presidency of Colombia in 2010 and was elected Mayor of Bogotá for the period 2012 - 2015.

He is self-described on his website thus: “He declared himself to be the enemy of segregation and inequality, as well as an advocate for the environment, in which he has always acted for the protection of water and biodiversity. That is why he took on and defeated certain powerful groups, to build a city of opportunities and equity.”

As regards his position on international affairs, Petro states: “In our government, Colombia will position itself as a regional and global leader facing the global challenges of human security - especially in the face of the challenge of climate change, the risk management of natural hazards, environmental protection, the development of clean energies and the reconversion of energy, actively participating in cooperation with others and within the existing international framework. We will pay special attention to fostering the exchange of knowledge, and to developing human, linguistic, artistic, cultural and environmental capabilities.

We will actively participate on all occasions within the mechanisms for dialogue, cooperation, and multilateral agreement, always seeking to protect and safeguard the interests of the Colombian people. International cooperation will be oriented mainly to face the risks of climate change and the building of peace in Colombia.

The Colombian State will develop a proactive attitude in defense of its national and territorial interests through the formulation of a State policy that prevents the successive loss and fragmentation of our national territory.”