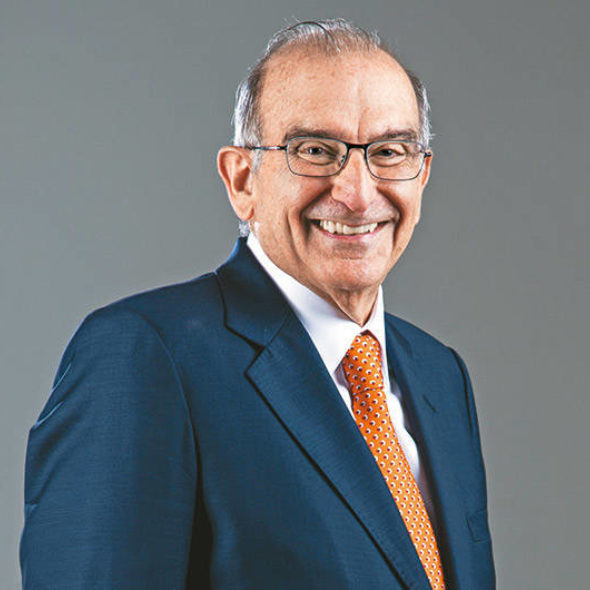 Humberto de la Calle Lombana is a Colombian lawyer and politician. He served as Vice President of Colombia from 1994 to 1997. De La Calle served in the cabinet as Interior Minister under two Presidents, Andrés Pastrana and César Gaviria. On October 1st, 2012, President Juan Manuel Santos appointed De La Calle as the government's chief negotiator with the FARC in the Colombian peace process which was hosted in Havana, Cuba. As a result of these peace talks, a final agreement was concluded in September 2016.

De la Calle’s website states: “Humberto dreams of a country of opportunities, that attacks corruption and brings security, education, health, justice, government and democracy to every corner of our Colombia: A country where there is a place for all of us. But there is still something that worries and worries him: there is a fanatical, authoritarian enemy that feeds on injustices and takes advantage of fear, lies, and tares to impose and subdue the innate impulse of Colombians towards progress, the freedom, and transformation. We will not let ourselves be defeated!”