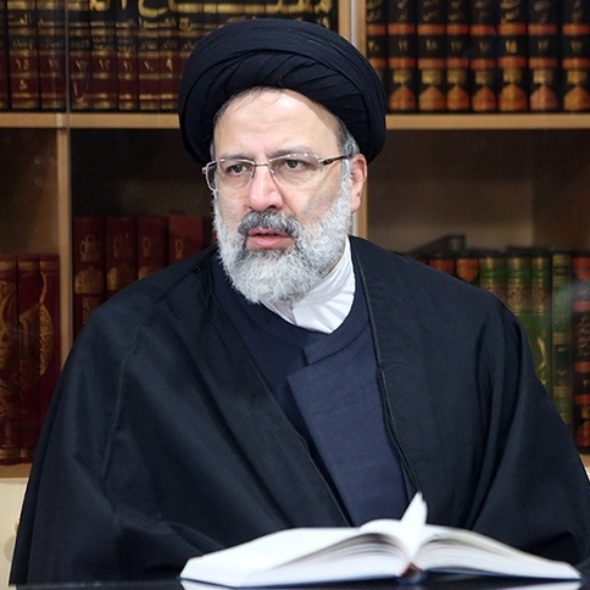 Ebrahim Raisi is the custodian of Iran’s holiest shrine. He entered the race on 6th April after coming first in an internal poll to find a conservative consensus candidate by the main conservative coalition, the Popular Front of Revolutionary Forces. The Front has not yet announced its preferred candidate.

His early campaign has focused on the economy and job creation, which could strike a chord with ordinary Iranians who complain that their standard of living has not improved despite the 2015 nuclear deal with world powers. In particular, he has echoed Khamenei’s calls for a “resistance economy” that champions self-sufficiency in the face of international sanctions.

Raisi, 56, has quickly climbed through the ranks of the judiciary over his career, serving as prosecutor-general in the city of Karaj when he was just 20, and more recently as first deputy to the head of the national judiciary. Critics say he played a key role in the mass executions of regime opponents in the 1980s, an accusation which Raisi denies. He is also a member of the Assembly of Experts, which selects the next Supreme Leader, and heads the Special Clergy Court charged with prosecuting clerics. He has also been touted as a potential successor to the Supreme Leader.

He lacks the public profile of the other candidates, but has risen to greater prominence over the past year. In 2016 he was appointed by Supreme Leader Ali Khamenei as the custodian of the Astan Quds Razavi, a charity that manages the shrine of Imam Reza, the holiest pilgrimage site in Iran and the epicentre of Raisi’s home city of Mashhad. The charity is also a major economic actor, with investments spanning industry, universities and hospitals. Official data are not available, but its annual income from endowments is thought to run into the hundreds of billions of dollars.

The principlist camp is one of two broad political strains in Iran, the second being the reformists. It takes its name from staunch allegiance to the principles of the 1979 revolution, namely Islam, anti-imperialism, and the system of velayat-e faqih (governance of the jurist), by which a supreme leader is mandated to govern during the occultation of the Mahdi, the twelfth imam revered in Shia Islam.