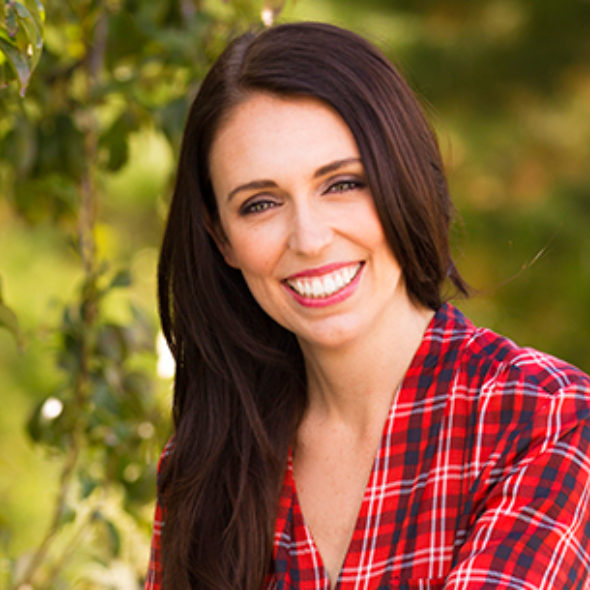 Born in 1980 in Hamilton, Jacinda Ardern graduated from the University of Waikato in communications studies, specialising in politics and public relations. She joined the Young Labour branch at the age of 17 and rose quickly in the party. Arden spent time working as a researcher after graduating and later moved to London to work as a policy advisor in the Cabinet Office of the then British Prime Minister Tony Blair for three years. In 2008, Ardern was elected President of the International Union of Socialist Youth, visiting Jordan, Israel, Algeria and China. Later the same year she returned to New Zealand to campaign full-time during the 2008 election and became New Zealand’s youngest MP.

Ardern was appointed Labour spokesperson for Youth Affairs and associate spokesperson for Justice. She returned to Parliament in 2011. Following her support of David Shearer for party leader, Ardern was elevated to a fourth-ranking position in the Shadow Cabinet and became spokesperson for Social Development. She was returned to Parliament in 2014 and became Shadow Minister for Justice, Children, Small Businesses and Arts & Culture. In March 2017 she was unanimously elected as deputy leader of Labour, and took over the role of the Leader of the Opposition and Leader of the Labour Party in August 2017, becoming the youngest leader of the Labour Party in its history. Following her election as leader of the party, Ardern confirmed that her election campaign would be one of “relentless positivity.”

Ardern has described herself as a social democrat and progressive feminist and has cited ex-Prime Minister Helen Clark as her main political role model. Ardern has argued for reduced rates of immigration, and called for carbon emission reduction targets to be regulated by law.

On the topic of climate change Ardern has said “we need to legislate carbon targets”. In a 2008 speech to parliament she commented that “it is unspeakable that NZ has formed a parliamentary committee to question the science of climate change.” Recently she stated that climate change is “my generation’s nuclear free movement, and I am determined that we tackle it head on”, and she pledged “we will clean up our rivers. We will do it for the next generation.”

She said in an interview “That's where I hear it the most. How can you double the [refugee] quota and still look after people in poverty in New Zealand? But these are not mutually exclusive. I'd say the same around international environmental issues – we can do our part and also make sure we secure our economic future.”

“My focus is on making sure we have an immigration system that works for New Zealand and also gives those who are migrating to New Zealand the best opportunities and best chance possible,” Ardern told Reuters in an interview, adding that migration had “played a huge role in building the New Zealand economy and will continue to do so (…) Our concern is that our immigration settings haven't been dynamic enough to differentiate between the skills gap that might exist in regional New Zealand that doesn't exist in Auckland.”

Ardern has also stated, “Everything around our immigration policy is about making sure that we are matching skills with vacancies (…) if we need to bring [migrant workers] in from overseas we will do what it takes.” When asked which workers would not be allowed in to the country, she responded, “We have been very clear on this, we are targeting areas where there is exploitation. We are going to take a step back and make sure that we have those migrant needs.” (New Zealand currently receives around 70,000 migrants each year; the Labour Party has announced its intention to reduce this number to 30,000.)

On the question of New Zealand’s involvement in international conflict, Ardern told media in recent weeks that she would not back sending troops to Afghanistan at the moment but was not privy to the intelligence such decisions were based on. When asked how she would respond should President Trump request New Zealand’s support in Afghanistan, she replied “that conflict has changed dramatically … recently we have been approached for additional support [and] at that time I said I wanted more information on that (…) in June 2019 as Prime Minister I would want to review all of the information (…) you could call me hesitant.”