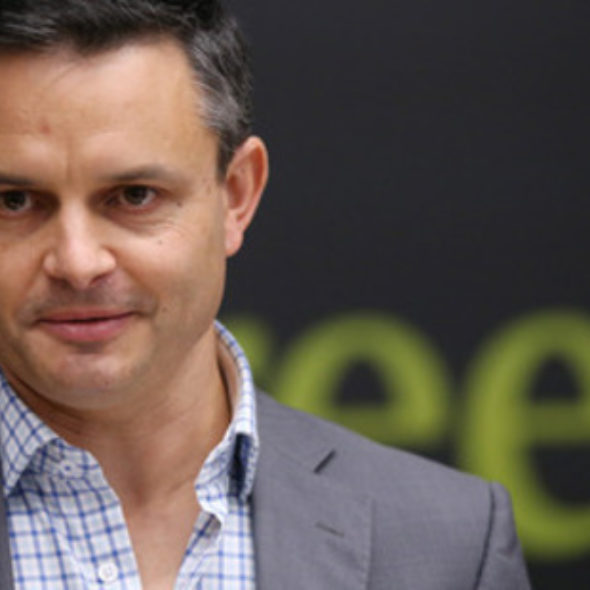 Born in 1973, Wellington, James Shaw has a degree from Victoria University. He joined the Green Party in 1990, and in 1992 stood for the Wellington City Council. In 1998, he worked in London for 12 years in the consulting division of PricewaterhouseCoopers. While in London, Shaw also took a Master’s degree in sustainable development and business leadership. He returned to New Zealand in 2010.

After his return to Wellington, Shaw first worked as an environmental awareness consultant for a bank and as an associate at the Akina Foundation. In 2011 he became the highest placed candidate on the Green party list who did not make it into the Parliament. During the 2014 election, Shaw was elected to the Parliament. In the following year, when the party’s co-leader Russell Norman announced his retirement, Shaw was elected as co-leader of the Green Party.

Soon after his election, Shaw called for a cross-party consensus on climate change. He also argued that the Green Party should attract more members from diverse backgrounds. In 2017, following the resignation of his co-leader Metiria Turei, Shaw ran alone as the party’s candidate for the general election.

Shaw has said, “successive governments have allowed New Zealand’s climate pollution to keep growing. Only the Greens have a plan to turn that around. A Zero Carbon Act will provide an anchor for government action on climate change and drive decisions across the economy to make sure New Zealand is doing its fair share to keep global warming under 2 degrees.(…) This is the single most important thing we can do to ensure that we are protecting the health of our climate, and of our country, for future generations.”

Shaw’s view is that the market can be reformed to be able to adapt a more sustainable business model, and that New Zealand can be a global leader in the transition to a high-value, clean-tech and post-carbon economy that takes the interests of future generations into account. He says: “if you take an economic development approach to it, and you say, let’s invest in clean agriculture and clean energy and clean transport, it is jobs-rich, it is investment opportunities, it is entrepreneurialism and new technology and all that kind of stuff. And you get to solve climate change.” In order to boost the economy, Shaw says that his party “would lower company tax rates, paid for with a proper charge on carbon and other greenhouse gas emissions.”

On the question of whether New Zealand’s armed forces should fight in wars abroad, he has stated that “there are times when we need to intervene for humanitarian purposes (…) we have a very important role in peacekeeping in different locations around the world, and so I think it is important that those kinds of humanitarian missions are able to be staffed.” On the question of the presence of New Zealand troops in Iraq and their withdrawal, Shaw said that “we did not think that they should be over there in the first place (…) that was an American military adventure that was essentially doomed to failure.” However, as the Green Party is planning to form a coalition government with the Labour party following the elections, he also added that “[getting out the troops from Iraq] is not going to be up to us only (…) you have got to work through all those issues with your coalition partner.” On Afghanistan, Shaw has commented that “We do not believe that any more Kiwi troops should be sent into danger in Afghanistan, and a Green Government would bring them back (…) There are more effective ways of supporting the people of Afghanistan to achieve peace and stability.”

On the question of US relations, Shaw has commented that the Green Party “… believes in the UN system, we believe in collective action, in dialogue over conflict”, “we could be making some stronger moves, in terms of voicing our opposition to the moves that Trump has been making”, “we can open our doors to more refugees, and like Justin Trudeau did, meet them off the boat and airplane and shame the US by that example”, “we can reach out to the other liberal democracies in the world which remain liberal, like Canada, like France.” When asked whether he would be willing to meet President Trump should he visit New Zealand, Shaw remarked “I would be surprised if any New Zealand government of any shade would invite Donald Trump.”

On the issue of migration, Shaw has said “I think that we need to manage our immigration better in terms of the locations that people end up in. The massive immigration has largely ended up in Auckland (…) meanwhile, you got other parts of the country where you have a declining population.”