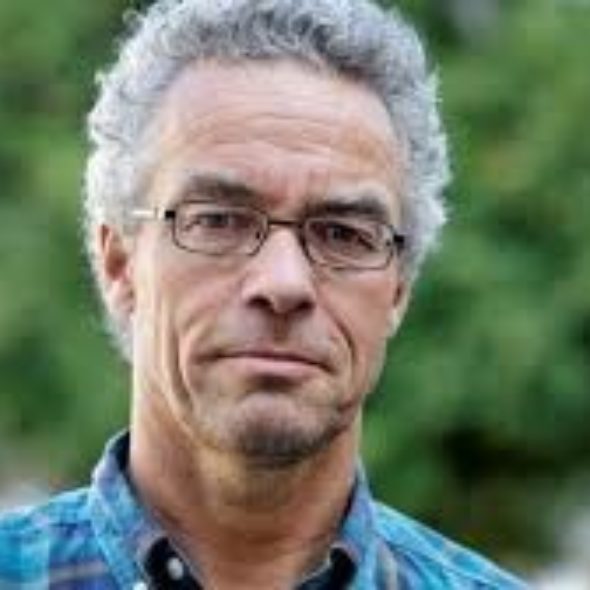 Rasmus Hansson was born in Baerum in 1954; he is a biologist and environmentalist, and has been the spokesperson of the Green Party, along with Une Aina Bastholm, since 2016.

Hansson earned a master’s degree in biology from the Norwegian University of Science and Technology, and also holds a degree in international policy and graduate certificate in business administration from La Trobe University of Melbourne, Australia. He served as the General Manager at the Research Centre for Environment and Society, and as Secretary General of the World Wide Fund for Nature between 2000 and 2012. He was elected as a Member of the Norwegian Parliament during the 2013 election.

The Green Party believes that international assistance and solidarity should be given a high priority, and must be delivered in a more environmentally friendly way. Hansson has argued for the introduction of a climate levy of 1% of national income to be transferred annually from the Government Pension Fund to climate change mitigation in developing countries. He is in favour of working to delete illegitimate debt, and for a binding international regulatory framework for responsible lending. He argues for prioritising women’s education and to strengthen women’s rights in developing countries.

If elected, he would discontinue the Oil for Development program and transfer the resources to a new program for renewable energy with emphasis on developing local production and ownership. He is also in favour of giving high priority to sustainable agriculture in Norwegian development cooperation as a tool to reduce poverty and ensure a rise in production without harming the natural environment. Furthermore, he would apply sustainable management of natural resources such as forests, land and water to all the development strategies and plans that Norway supports through its foreign aid programmes.

In 2016 Hansson told Parliament: “If we extract all coal, oil and gas in the fields already in production the world will not reach the 2-degree goal. Thus, the viability of opening up new oil and gas fields is decreasing due to the climate commitments we have already entered into. So we want discuss the closure of the most polluting Norwegian fields.” He is against the expansion of Norwegian oil extraction, and argues for phasing out all existing production of fossil fuels by 2040.

On the topic of international conflict resolution, Hansson regards nonviolent resistance and dialogue as the most suitable tools to curb and resolve conflicts as they occur. He is in favour of promoting non-violent conflict management in all relevant forums; changing the Norwegian Constitution so that Norwegian participation in military operations abroad has be approved by Parliament; creating permanent requirements for operations involving Norway to follow international humanitarian law, as well as to ensure that all UN soldiers receive thorough training in international law. He has argued that it should be a prerequisite of all Norwegian participation in international military operations that they are in line with international law and prompted by a UN mandate. He is in favour of developing an international regulatory framework against autonomous robotic weapon systems. He also believes that Norway should recognize Palestine as an independent state.

Hansson is in favour of closer cooperation with the EU, although he stops short of advocating full membership since popular trust in the EU is at an all-time low. He is in favour of collaborating closely with the EU on the implementation of climate policy, while setting clear national emission targets; contributing to common European solutions for migration, in line with the Refugee Convention and the right to free movement in the Schengen area; and making use of the reservation right in the EEA Agreement against directives that violate important climate and environmental considerations, or engage in matters that obviously need to be determined by the state.

With regard to refugees and asylum seekers, Hansson believes that Norway has a fundamental responsibility to contribute in a world where so many people are fleeing from war, persecution and climate change. He has argued for ensuring that Norway receives a fair share of quota refugees in accordance with UN recommendations; for developing international agreements that ensure legal routes to Europe for those who need protection; for providing better protection for people who are fleeing environmental and natural disasters; for protecting the right to family life by ensuring that refugees and other foreigners have a real opportunity to join their family members in Norway; for providing residence permits to undocumented adults who have lived in Norway for seven years and children who have been there for four years.