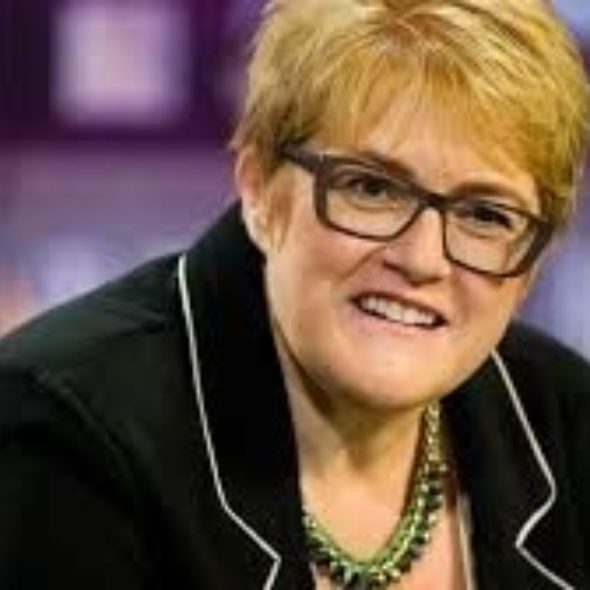 Trine Skei Grande was born in Overhalla in 1969 and has served as the leader of the Liberal Party since 2010. She earned a bachelor’s degree in languages and economics at the Norwegian University of Science and Technology and a master’s degree in political science at the University of Oslo. Prior to her political career, Grande worked as a part-time journalist, as a high school teacher and as a lecturer at Nord-Trondelag University College.

She served as a Member of the Liberal Party central board between 1999 and 2000 and later as a Deputy Leader from 2000 to 2010. During the 2009 parliamentary election, Grande was elected as Member of Parliament for Oslo. In 2010, Grande was elected as the Leader of the Liberal Party. In 2013, the party managed won seven seats in the Storting (Parliament).

The oldest party in Norway, the Liberal Party has supported parliamentary reform, freedom of religion, universal suffrage and state schooling. The party is widely regarded as social-liberal, advocating personal freedom under the precondition of an active state. The Liberal Party is also a strong supporter of multiculturalism, increased labour immigration to Norway, and relaxed integration measures.

Grande and the Liberal Party have a strong environmental focus. They argue for a more ambitious and action-oriented climate policy, where Norway is committed to developing future climate solutions and taking an international leadership role in the shift towards a green economy. Some of the solutions they have proposed include: polluters paying more; creating greater advantages for choosing green alternatives; increased taxes and fees on emissions and utilization of natural resources; investments being based on Norway being a zero-emission society by 2050; all new proposals including an assessment of C02 effects where relevant; replacing fossil fuels in industry and transport with renewable energy like wind power on land and at sea, biomass and solar energy; permanent protection of vulnerable areas in the North from oil extraction. The Liberals are also opposed to any further expansion of Norway’s oil industry.

The Liberal Party is against membership of the European Union. They are in favour of a stronger and more vigorous EU that can create better solutions to cross-border challenges such as democratic development, climate and migration.

Grande takes issue with the Conservative Party’s strict views on immigration as well as its climate policy. She has argued for a greater degree of labour immigration from countries outside the EEA and EU. She also wants to lower the threshold for granting family immigration and reunification, and to introduce what she calls a “love visa” which would allow mixed-nationality couples to live together for up to 12 months in Norway. This visa is designed to ensure that couples do not feel compelled to enter into marriage in order to be able to live together in Norway. In October 2016 Trine remarked to a parliamentary committee: “The refugee situation that Europe is still facing must be met with more cooperation between countries, not less. The welfare state’s survival is about our ability to constantly change, develop, reform and renew. Should we manage to build strong and big communities in the future, we must be willing to reform our community all the time.”

Grande has warned against excessive dependence on NATO following the election of Donald Trump; she advocates for focusing focus on building up Norway’s defences rather than on tactical capacities such as submarines or long-range missiles.

Trine Skei Grande has provided the following answers to our 'standard questions':

Global Vote: If you get elected, what are you going to do for the rest of us, around the world?

TSG: "On 11th September Norwegians will go to the polls to elect a new Parliament. The composition of this Parliament will decide the makeup of the next government, and with this the outlook of Norwegian foreign policy. Venstre believes in the importance of international institutions and law governing relations between countries. As a small and open economy, Norway is dependent on respect for this international architecture.

In Europe, Venstre is encouraged by the success of Liberal parties across the board, from Estonia to France, and would like to work for further integration of Europe. We believe in a Europe founded on the values of openness, democracy and the rule of law. When countries such as Poland and Hungary takes steps to reverse the rule of law in their countries, it is the responsibility of all European neighbours to address this frankly and respectfully. Venstre will push for a pro-active, human rights- based foreign and European policy.

Venstre sees free trade as a priority in advancing the lot of people worldwide, and we are discouraged by the rollback of free trade seen under the current U.S. administration. Venstre would like Norway to take a more pro-active role in championing the resumption of the Doha rounds of WTO negotiations, but also in pushing for a more aggressive free-trade agenda by the European Free Trade Association (EFTA).

In terms of foreign direct assistance, we would like to see Norwegian aid increasingly being spent in the context of climate change and the geopolitical challenges this poses to Europe’s neighbourhood. We advocate for more trust and cooperation with civil society and see a primary responsibility of Norwegian aid as being to help build up transparent and durable public institutions. Promoting the infrastructure of democracy must be promoted through Norwegian development assistance."

Global Vote: What is your vision for your county’s future role in the world?

Further, we believe that it is Norway’s role as a small and open economy to promote and showcase the benefits of free trade for Europe and the world. Even at a time when other countries work to stop its advance. Norway should further have a strong voice on abuses of human rights, rule of law and the principles of democracy, in Europe but also in the rest of the world. We should stop the export of arms to regimes such as Saudi Arabia, and we should speak plainly to governments who violate human rights, regardless of their size or influence.

Norway’s role as a global champion not only of these rights, but as a special proponent of climate change and the empowerment of women should be at the forefront of a liberal foreign policy."