Voting on the Presidential Election of São Tomé and Príncipe took place on 17th July. Evaristo Carvalho won 50.1% of the vote (a share of 50% or less requires a second round of voting). Read here for more information about the election.

In the Global Vote, 55% of voters from more than twenty countries instead chose Maria das Neves, who received almost twice as many votes as Hélder Barros, who ranked in second place. Evaristo Carvalho received just 9% of the Global Vote. 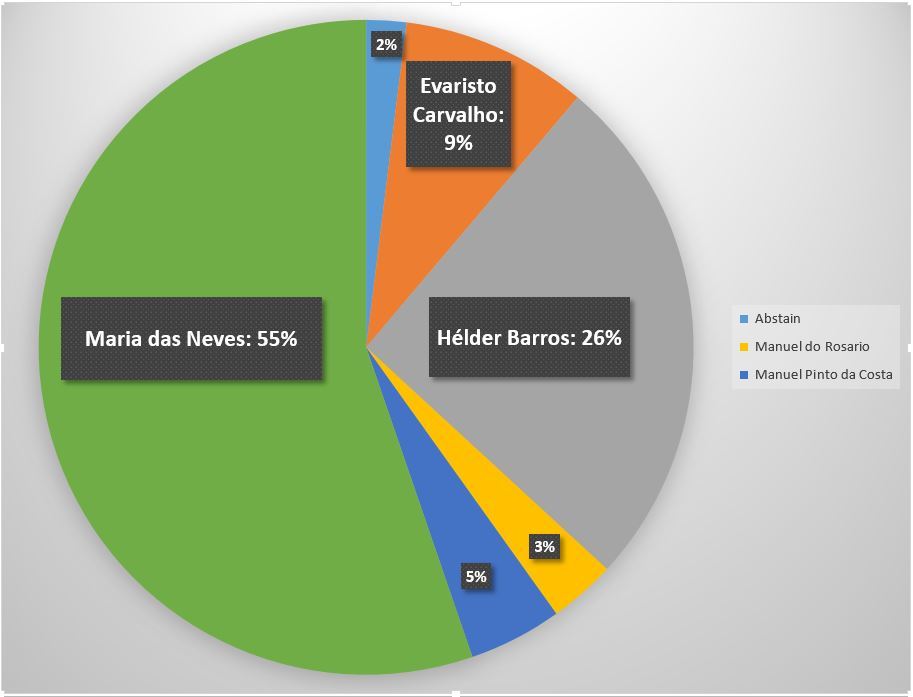