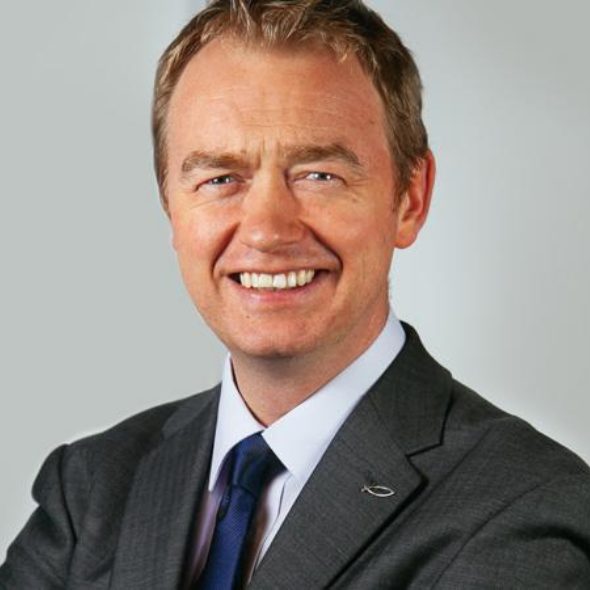 Tim Farron is the leader of the Liberal Democrats in the United Kingdom. He is the Member of Parliament for Westmorland and Lonsdale in the North of the country. He and his party represent both socially and financially liberal positions.

He is an Evangelical Christian, a father of four, and a vegetarian.

Farron has stated that his party’s goal in the 2017 election is to become the main opposition party, largely to protest against the Conservative approach to ‘Brexit’.

“If you want to avoid a disastrous Hard Brexit; if you want to keep Britain in the Single Market; if you want a Britain that is open, tolerant and united, this is your chance,” said Tim Farron in the days after this election was called.

His positions have led to attacks from the UK’s right-leaning press, including accusations of ‘not respecting the democratic will’ of the British people.

Farron, and the Liberal Democrats, are the largest UK party committed to keeping the United Kingdom in the single market of the European Union. They campaigned for the UK to stay in the EU.

The key Liberal Democrat policy for the 2017 election is to give the British people a vote on the final deal that they negotiate with Europe, under the premise that the British people voted for departure but not for a destination.

Farron has consistently voted against stronger enforcement of immigration rules, and has accused the Conservatives of peddling “poisonous propaganda” about immigrants that leads directly to hate crimes.

Immigration is not an issue listed on the Liberal Democrat website. However, the party states that its general principles in this area are of internationalism and tolerance: “We reject the isolationist and intolerant policies of the Tory Brexit government, and will fight to make Britain a more open and tolerant player on the global stage.” They also say: “Corporations, banks and markets now operate across the globe with little respect for national borders.”

In addition to his views on migration Farron has been a strong proponent of the UK taking in more refugees: he attended a Refugee Solidarity March in London in September 2015 and gave the opening speech.

Tim Farron and the Liberal Democrats are fully in favour of the UK’s continued membership of, and contribution to, NATO; the UK’s membership of the United Nations; and the replacement of the UK’s Trident nuclear deterrent with an upgraded weapons system.

On NATO and the UN the Liberal Democrats say: “We believe that Britain must continue to work actively and constructively with our allies and partners in the European Union, Commonwealth, UN and NATO to engage with and develop policy responses that promote liberal internationalism and an international rules-based system.”

Tim Farron has historically voted against the renewal of the Trident weapons system in the UK parliament, and against strengthening the military covenant with Europe. However, he has voted in favour of UK military action overseas.

Since their time in the UK coalition government (2010 - 2015) the Liberal Democrats have emphasized that “in Government we ratified the UN Arms Trade Treaty and delivered on our commitment to spend 0.7% of national income on international aid.” The Liberal Democrat International Office works with the Westminster Foundation for Democracy (WFD) to promote democracy in transitional states in Eastern Europe, the Middle East and Africa.

The Liberal Democrats view themselves as having a strong record on international environmental issues, consistently messaging that the environment is an international issue and requires international co-operation. They say: “Climate change, one of the greatest challenges of our age, is by its nature global.”

The Liberal Democrats approached the 2015 election with a bold aim for a “zero carbon Britain” by 2050. They planned to achieve this by doubling the amount of renewable electricity production by 2020 and promoting the use of electric transport to cut down on fossil fuels.

This could be achieved through increased development of wind farms both off-shore and on-shore in “appropriate locations”. The Liberal Democrats believe that nuclear energy has a role to play in the future of Britain’s energy and that fracking can be useful, but should be approached with care and used in moderation.