UN News reports that the General Assembly has acted on the recommendation of the Security Council regarding the appointment of the next Secretary-General of the United Nations; António Guterres, former Prime Minister of Portugal, is the next UN chief.

Mr. Guterres will succeed current Secretary General, Ban Ki-moon, of the Republic of Korea, who was appointed in 2006 and will leave the post at the end of this year. The new Secretary-General will assume the role in January 2017 and will serve a five year term, which can be renewed by Member States for an additional five years.

Mr. Ban said that Mr. Guterres is “an excellent choice," noting that the two had worked closely during Mr. Guterres “long and outstanding tenure” as the UN High Commissioner for Refugees.

Mr. Guterres was the second choice of Global Voters, achieving 18% of the vote. Helen Clark, a previous Prime Minister of New Zealand, achieved the largest share of the Global Vote with nearly twice as many votes as Mr Guterres. 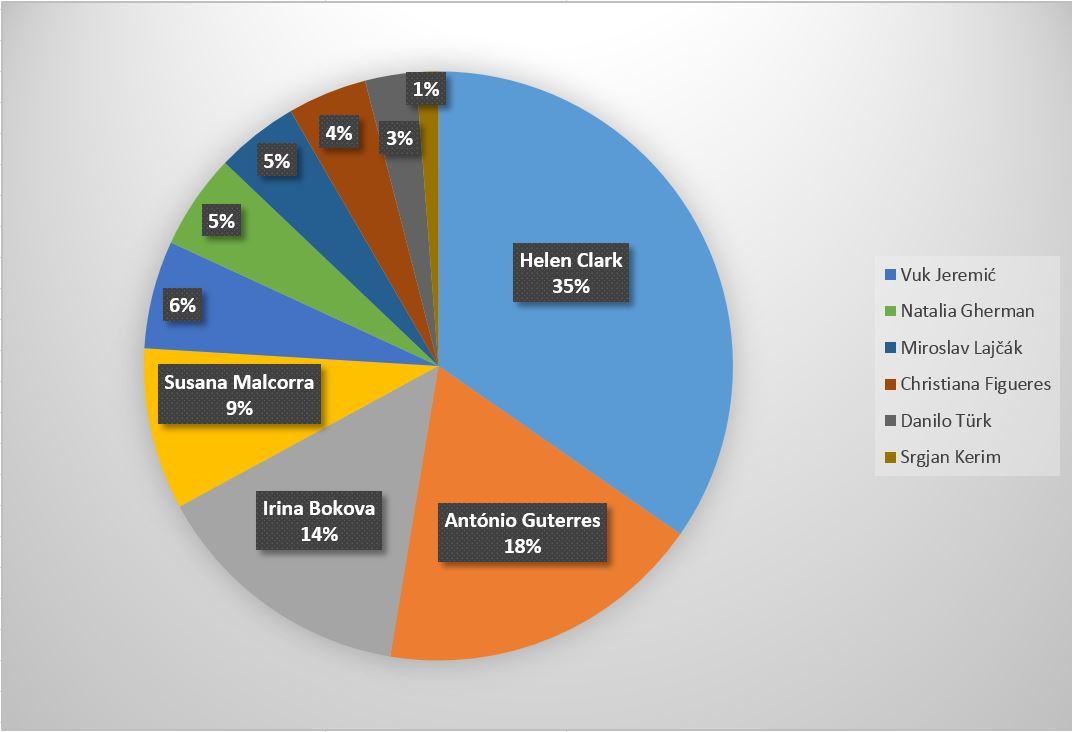