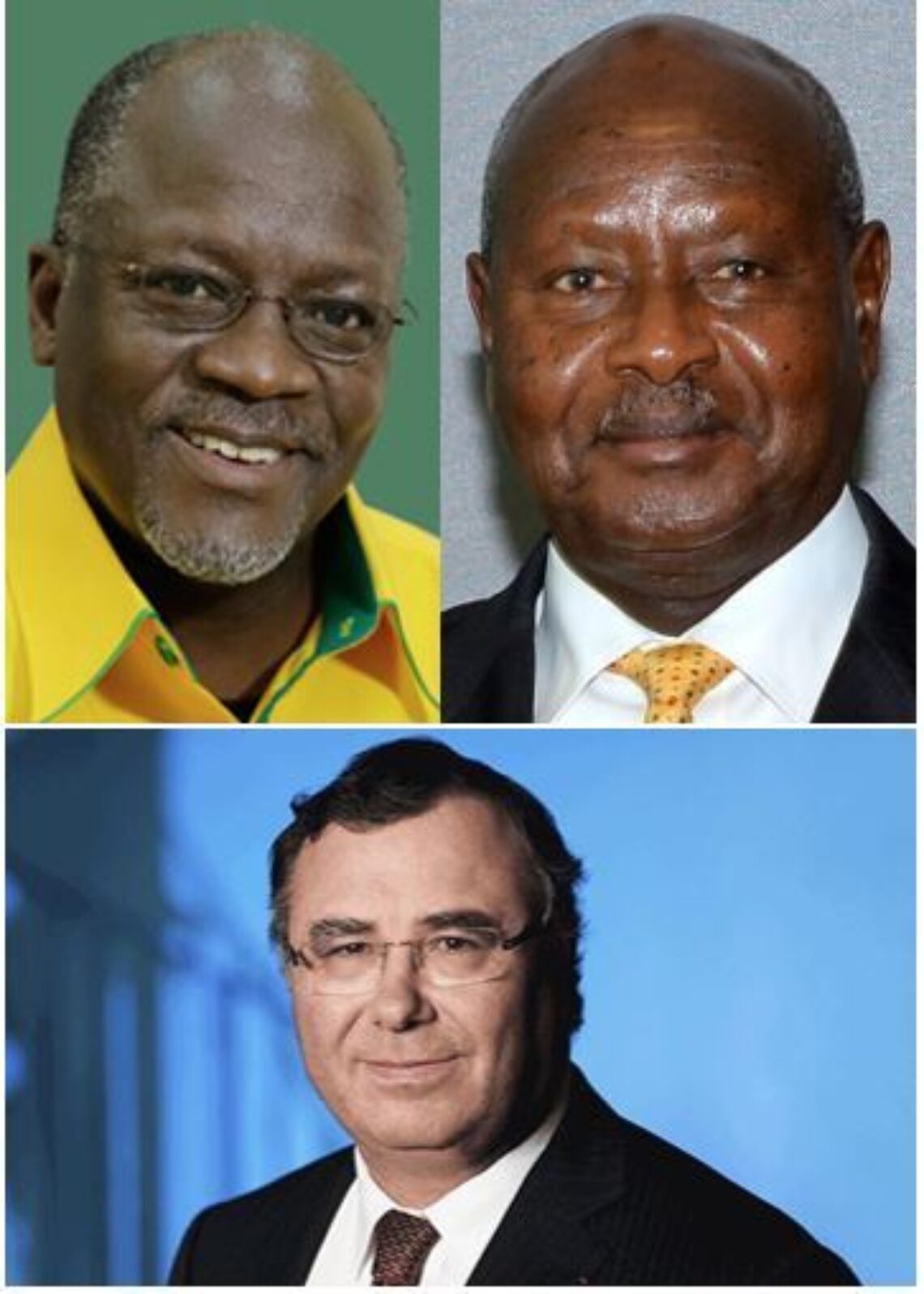 Patrick Jean Pouyanné, Chairman and CEO of Total SE, President John Pombe Magufuli of the United Republic of Tanzania, and President Yoweri Kaguta Museveni of the Republic of Uganda.

Total is the main developer of the EACOP (East African Crude Oil Pipeline), a 1,445 kilometre-long pipeline that will carry oil from Uganda to the north-east coast of Tanzania. Although it has already been responsible for the displacement of thousands of people and the loss of farmland and clean drinking water, Total has denied all allegations that it has infringed human rights. The impact of Total’s actions hold implications for indigenous people in East Africa and have significant ecological consequences. According to some estimates, more than half of the bird species and 39% of the mammalian animal population in Africa are put at risk by this project.

However, the blame does not rest with Total alone. The governments of Tanzania and Uganda have allowed Total to build the pipeline across their territory, and in many cases are failing to protect the indigenous people – their own citizens – their territory, and their wildlife. Even though it may often be hard for countries to resist pressure from powerful international corporations, it still raises questions about the governments’ ability to take responsibility and put their countries’ needs first.