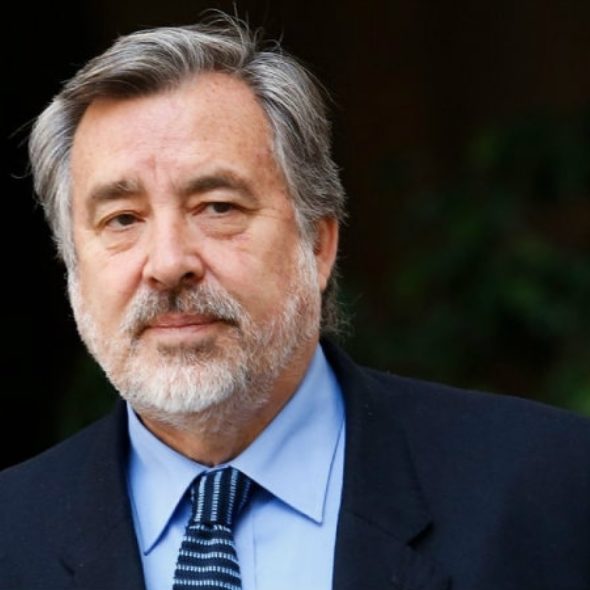 Alejandro Guillier was born in La Serena, Chile in 1953. He earned bachelor’s degrees in sociology and in journalism from the Catholic University of the North, followed by a master’s degree in social sciences from the Latin American Social Sciences Institute. Guillier first worked as a journalist at the Estrella del Norte newspaper, as a city correspondent for Radio Cooperativa, Hoy magazine and later as Press Director at the El Metropolitano newspaper and for the national television company. After directing and presenting for various other TV channels, he went into politics in 2013. He ran in the parliamentary elections with the support of the Radical Social Democratic Party in 2013; he was elected and has been serving as a Senator since 2014 and became the official presidential candidate for Nueva Mayoria in 2017. Guillier is also Director of the School of Journalism at the Universidad Mayor in Santiago.

In an interview with The Guardian earlier this year, Guillier commented, “I am as distant from the Trump administration as I am from the Venezuelan government. For me, it’s important to build a consensus.” With Trump taking a more protectionist stance, he predicts China will play more of a leadership role.

Guillier says that if elected he will support greater regional integration and trade agreements. Having just returned from a trip to China, he also sees a future of closer links to Asia – as well as the US and Europe. (…) “They think Latin America, Asia and the greater part of Europe will align in defence of free trade, greater globalisation and mutual growth agreements.”

In an interview last year, he advocated a policy of selective migration, saying “the United States will put pressure on countries like Mexico and Chile, and migration flows will begin to move towards Latin America.”

Speaking on another occasion about the situation in Venzuela, Guillier stated, “Chile has to be a guarantor and a part of the solution in the country. Of course, what is happening in Venezuela is worrying.”

In his presidential program, Guillier proposes free and reduced transportation for the elderly, a reform of the Chilean pension system, more police force and regional cooperation for an increased security, the elimination of biases against women, end sexism and gender violence, as well as better wages and more jobs.

There is a substantial policy document on Guillier’s website (https://storage.googleapis.com/guillier/Programa%20Gobierno%20Alejandro%20Guillier%20-%20v8.pdf) which includes a chapter on international issues: see p.194 onwards. Guillier speaks of an “international relations as an integral part of a new development model” and “foreign policy at the service of citizens”. His international position can be summarised as co-operative, pro-trade, pro-migration, good neighbourly, with an emphasis on the role played by culture in international relations, and with the aim of Chile becoming recognised as a bridge between the Atlantic and the Pacific.