The first round of the Global Vote on the 2017 French Presidential Election produced a clear win for Emmanuel Macron, who took 40% of the total vote from 118 countries worldwide.

Global Voters in France and overseas French territories, who represented 9% of the Global Vote, followed much the same pattern as voters in the other 117 countries, except that there were more votes for Fillon (nearly 14%) and significantly fewer for Le Pen (2%). 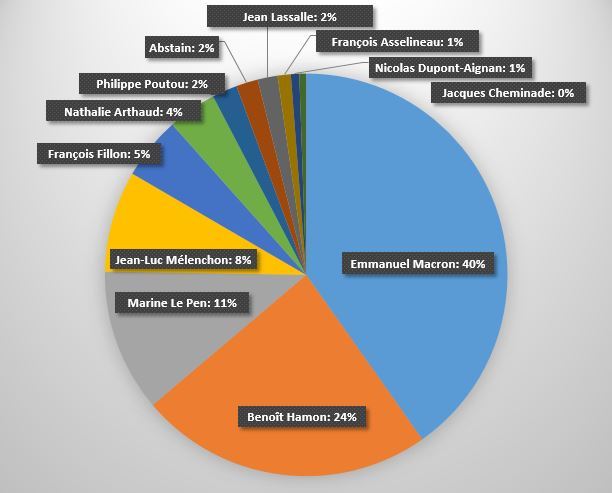 There will now be a run-off vote between the leading two candidates on 7th May to elect the next President of the French Republic.

With thanks to Maud-Lily Lardenois-Macocco for her invaluable help in preparing the candidate profiles.