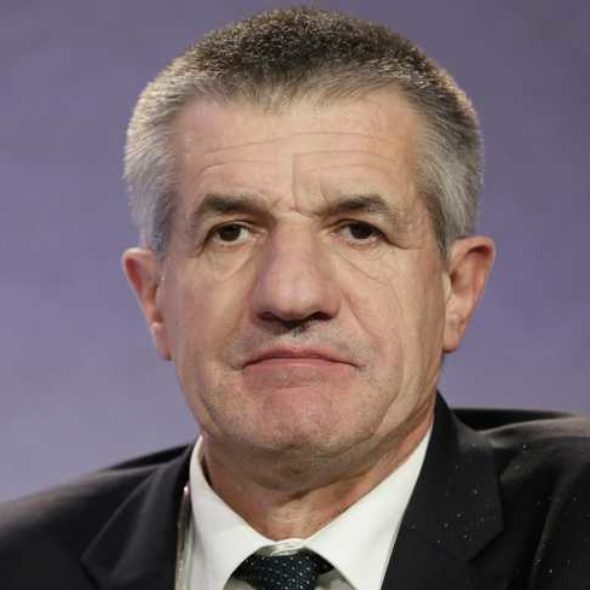 Jean Lassalle is a centrist politician and agricultural technician who comes from a family of shepherds in South-Western France. He entered politics at the age of 21 and since then has held office, mainly locally, on several occasions. Last year, he quit the Democratic Movement to run for president as an independent candidate.

Lassalle is President of the World Mountain People Association (WMPA), an organisation which aims to safeguard mountains worldwide, and represents mountain peoples. Lassalle places strong emphasis on his connection with nature, and his political platform is centred on local partnerships and local issues. “I travel to South America, Asia, the Himalayas, North and Central Africa, to help safeguard these exceptional sites and the dignity of their inhabitants. UNESCO and the European Council have both recognized the WMPA as an official partner.”

“To save humanity’s common wealth, the planet’s resources, we need to tackle the current form of capitalism which is at the root of these tragedies: the dispossession of local communities, the expansion of the private and commercial sectors, the concentration of power in the hands of multinational corporations and their surrogates in every sphere: political, scientific, economic and social.

“Neither capital markers nor central planning can meet today’s environmental challenges. Safeguarding biodiversity is primarily an issue for town councils, for local communities. More broadly, the management of public goods should only be undertaken by those who are able to take responsibility for it, and their decisions must be deliberated together with the full range of stakeholders.”

In 2014, Lassalle toured Europe to meet with European citizens. “Living in my valley, I have seen financial globalization disrupt our economy and our society: I’ve seen it in France and all around the world. Deindustrialisation and unemployment, rural poverty, wars fought over oil, and politicians simply turning a blind eye to this stagnation because they are ordered to by their masters, the capital markets. I have never accepted this. I cannot tolerate it any longer. I want to guide the men and women who wholeheartedly aspire to a healthy change.”

Lassalle has been a strong critic of the Transatlantic Free Trade Agreement (TAFTA) and accuses Europe of submitting to a “financial dictatorship.”

“Both states and international financial institutions are outdated; the European member states entrust their economic policy to Brussels, to officials who are closely associated with financial predation.”

“The European institutions have limited themselves to managing budgets and writing rules. Today, we are paying the price for thirty years of a Europe with no political project and no democracy. We neither have a strong Europe, nor strong member states. General de Gaulle dreamed of having both: a “Europe of nations”, a Europe of democratic and responsible states.

“This is the direction our discussions must take, with no subject taboo, during this campaign and in the years ahead. The new generation, who come and go throughout Europe more easily than I myself used to come and go throughout France, haven’t bothered to think much about governing yet. But sooner or later they will accept their responsibilities, and start to think about building a Europe that’s fit for use in the modern world.

Jean Lassalle visited Beirut and Aleppo in January, saying, “I felt sure that one cannot apprehend the complexity of the East with simple ideas, and so decided to join a trip organized by the Association SOS Chrétiens d’Orient (SOS Eastern Christians Association). … In my view, dialogue between all the players in this tragedy is essential if we are to achieve our common goal of peace. My visit is in line with the foreign policy I will conduct if I am elected: restoring strong French diplomacy, creating fair policies towards the Middle East and, more broadly, towards Africa, indeed towards all regions which have been sacrificed on the altar of the arms and oil business.”

“I want to open a new era in our relationship with Africa. We will negotiate fair treaties with all the African nations that are willing to do so, treaties that are not predicated on plundering or siphoning off their resources. This will be a new opportunity for Africans to thrive happily on their lands, together with their families; a new opportunity for their society to enjoy uninterrupted progress; to take pleasure in sharing their cultural wealth with the rest of humanity. Our language, shared with the French-speaking world, provides us with precious cultural ties. Tomorrow, we must become partners and allies again, working towards a shared purpose that will eventually bring us the serenity we seek.”