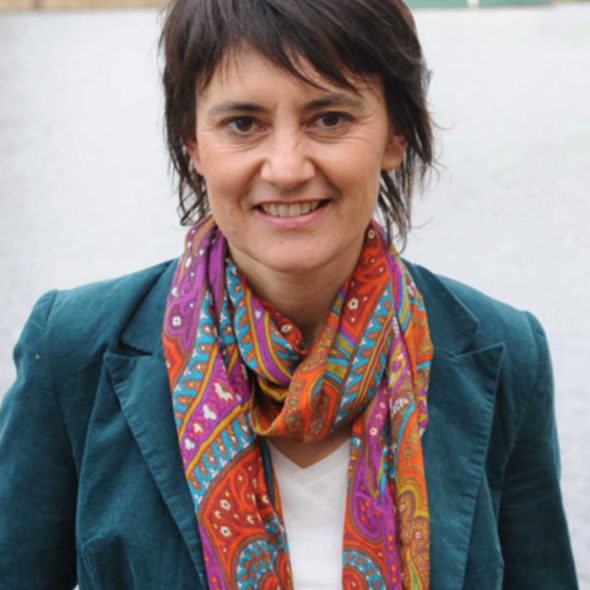 Nathalie Arthaud is an economics teacher and politician. She is the presidential candidate for the Trotskyist Communist Union, usually known as “Lutte Ouvrière” (Workers’ Struggle).

“We are communists living in a society based on the cult of wealth, of individualism, of everyone for himself. We are internationalists in a world where everyone wants to build ever higher borders. We are against the flow.”

She believes that “the world is under the yoke of capitalism.” “The evils that society suffers from – famine, exploitation, oppression, unemployment, economic crises, wars, racism, resource scarcity… – are neither inevitable nor technically insoluble : they are the consequences of an economic model based on profit-seeking.”

She is calling for a class war and claims to be “on the side of the workers”, the catchphrase of her campaign. In this regard, her main proposition is to “ban layoffs.” She is calling for the “emancipation of workers worldwide.”

“The European Union has outsourced the handling of the refugee crisis to Turkey and Greece. In exchange for money, these two countries are supposed to reinforce border controls and sort “real” and “false” refugees, based on the official view that does not consider poverty and famine as forms of persecution. This is an utterly despicable policy. European leaders played a part in creating the chaos in the Middle East. To safeguard their interests in the region, they joined forces with the worst of dictatorships, they armed one gang against another, never once considering the needs of the population.”

Immigration and the Refugee crisis

Nathalie Arthaud is calling for an outpouring of solidarity and humanity towards migrants, and especially refugees. She has expressed her support for associations which take care of refugees. She is in favour of welcoming every migrant and wants freedom of movement and residence to be guaranteed to every single person: “They have their place in our struggle: the struggle against the capitalist minority that rules the world and drives us to barbarism.”

“In the face of racist and anti-immigrant demagoguery, let’s show that there are workers who know who their real enemies are. According to all of them, from Le Pen to Valls, the country’s main problem is migrants, security, and the rise of communitarianism. Their campaign has one goal: to win votes by stoking up fear and encouraging racial prejudice. … None of these politicians will be able to stop migrant flows. They can put up walls, barbed wire, dig ditches, raise watchtowers and they won’t stop the wave of migration. Anyone who has seen the images of Aleppo, of bombed cities in Syria and Iraq, knows that as long as people have legs and the strength to walk, they will try and save their skin, as anybody would do in the same situation.”