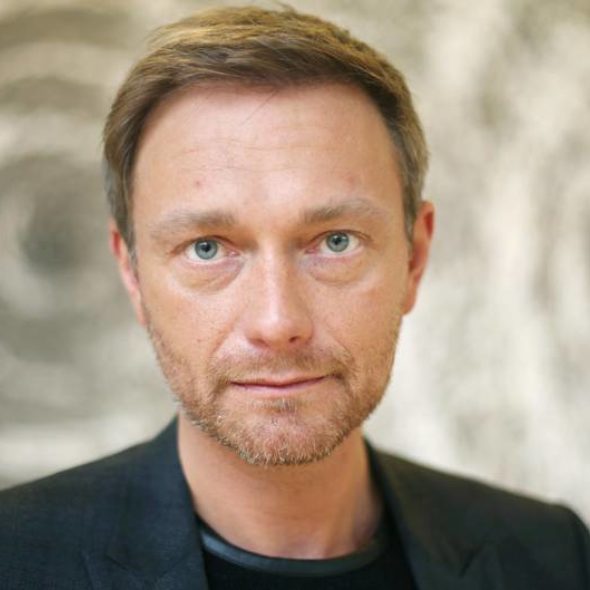 Christian Lindner is a career politician who has also worked as a consultant and an internet entrepreneur. He was an MP in the German Parliament between 2009 and 2012 and has led the Freie Demokratische Partei (FDP), the German liberal party, since 2013.

Domestically, Mr Lindner has defined liberalism as a force for defending people’s freedom from economic paternalism and bureaucracy. Internationally, he argues that liberalism cannot “allow the sovereignty of peoples to be constrained” by hegemonial interests.

Mr Lindner has advocated a German foreign policy in the tradition of Hans-Dietrich Genscher, Germany’s foreign secretary between 1974 and 1992, who was the honorary chairman of the FDP until his death in 2016. This position entails a strong commitment to European integration and to the transatlantic relationship. Mr Lindner has lamented the “unprecedented Anti-Americanism” of recent times and has continued to describe the US as “an indispensable ally”.

Mr Lindner argues for a more decisive foreign policy “that stands firmly for our values and our rules” and is less accommodating towards autocratic regimes around the world. He prioritises the global dissemination of human rights, the rule of law, democracy and the market economy. He has suggested that liberal parties can even go as far as actively supporting civil rights movements and opposition forces that oppose repressive regimes. In this context, he frequently evokes the concept of Wehrhaftigkeit and of wehrhafte Demokratie (a democracy with the ability to defend itself).

“Courage for Europe” has been a guiding theme behind Mr Lindner’s positions. He has accused other political parties of flirting with Euroscepticism for political expediency. Lindner argues that only the European Union can guarantee data protection in the face of overreach by the NSA and US multinationals like Google. He has also argued for tapping the potential of the single market in new areas, especially in the energy sector.

Lindner prioritises regaining control over Europe’s external borders, for example by significantly upgrading the EU’s border agency Frontex: he has proposed that Frontex should become a 15,000-strong border police force with sovereign powers.

Especially in the context of renewed conflict with Russia over Ukraine, Mr Lindner has suggested that it is time to get serious about a European Defence Community and a European army.

Lindner affirms the FDP’s long-standing position on market liberalism and free trade and his FDP has been the most vocal supporter of the TTIP among the German political parties. He sees “the planned free trade agreement TTIP as strengthening the transatlantic relationship while also offering enormous economic opportunities”. Globally, Lindner also sees free trade a one of the key opportunities for development in emerging markets, especially in Africa.

Responding to Germany’s commitments to fighting climate change, Lindner has argued against setting more ambitious goals than other European nations. Going beyond European standards is, in Lindner’s view, a “Morgenthau Plan” that would destroy jobs.

Mr Lindner has been a vocal critic of the current government’s approach to the refugee crisis, accusing Chancellor Merkel of abandoning the rule of law and causing chaos in the pursuit of solidarity. He argues for offering blanket humanitarian protection in an unbureaucratic manner to people fleeing from war, but highlights that this protection is temporary and that refugees should be sent back when conflicts end. He has supported the initiative to send back Afghan refugees to regions of Afghanistan that are considered pacified.

Lindner opposes the German government’s reliance on a refugee deal with Turkey, arguing instead for strengthening the European Union’s own borders.

Lindner initially supported sanctions against Russia and even advocated a more interventionist approach, remarking that “regime change cannot be the goal of a state, but it can be [the goal] of a liberal party”. He has accused Russian President Putin of trying to “blow up” the EU, for instance through financing extremist fringe parties in France and elsewhere.

More recently, Lindner has changed course by proposing to freeze the conflict over Russia's annexation of Crimea. He proposed to regarded the annexation as a "permanent provisional arrangement" in order to normalise relations with Russia and achieve progress on other issues. In the long-term, his goal is to re-establish a partnership with Russia and he sees Russia as having a “legitimate place in the European house”.

Mr Lindner has criticised the current German government for an approach that accommodates Turkey’s President Recep Tayyip Erdoğan. As he puts it, “regarding Turkey, European values are being endangered, there can be no doubt about that”, citing the arrest of German journalist Deniz Yücel. Lindner has demanded that Turkish government representatives should be forbidden from campaigning in Germany ahead of Turkey’s referendum on establishing a presidential system.

Broadly, Lindner has supported the German policies in the fight against IS and the Syrian civil war, while sometimes criticising the lack of an overarching strategy. He affirms that military force is sometimes necessary but has opposed the delivery of weapons to Kurdish forces in Northern Iraq, advocating instead a multilateral approach and safe zones under a mandate from the UN.