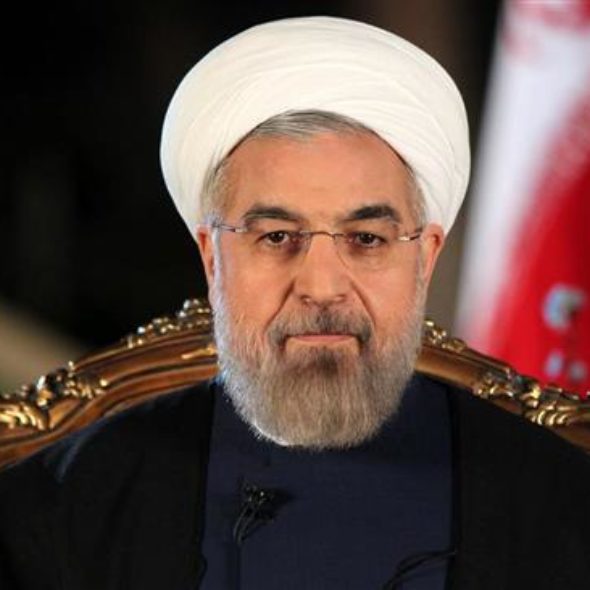 Hassan Rohani is Iran’s incumbent president. He was elected in 2013 on a promise to improve Iran’s relations with the West, which had deteriorated due to the country’s disputed nuclear program under the tenure of his predecessor, Mahmoud Ahmadinejad.

Rohani, 68, was backed by the reformist camp in 2013 and has their support again this year. Although he certainly has a reform-inclined agenda, he himself is better described as a moderate or centrist who balances the reformists on one side and pragmatic conservatives on the other.

The President is campaigning on the strength of the economic and diplomatic achievements of his first term, but nonetheless faces stiff resistance. Although he has delivered on his election pledge to re-engage with the West and brought down inflation from 40 percent under his predecessor, to single digits, ordinary Iranians complain that they are yet to see the economic benefits of the 2015 nuclear deal.

His promises on civil rights have also seen limited progress. Leaders of the 2009 protests remain under house arrest, and whilst Rohani succeeded in passing a new charter of civil rights, observers doubt that it will be enforced.

The Supreme Leader emboldened Rohani’s critics in March by attacking the government’s economic record. Since then, the President has reiterated his support for the resistance economy, the Leader’s proposed economic program that champions self-sufficiency in the face of international sanctions.

His message of pragmatism and goal of rapprochement with the West were honed during his time as Iran’s chief nuclear negotiator from 2003-05. “The diplomat sheikh” resigned in 2005 amid differences with the incoming president, Mahmoud Ahmadinejad. But Rohani has worked in the upper echelons of many of the Islamic Republic’s key institutions, serving as commander of national air defence during the war with Iraq, deputy speaker in the parliament, secretary of the Supreme National Security Council, and as a member of the both the arbitrating Expediency Council and the Assembly of Experts, which chooses the Supreme Leader’s successor.