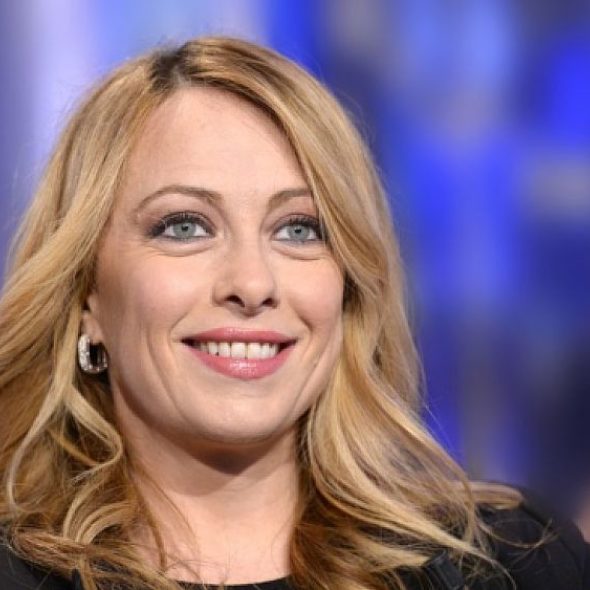 Giorgia Meloni was born in Rome in 1977. She was active in student politics from the age of fifteen in the youth section of MSI, a neo-Fascist and then post-Fascist party. She was later associated with its more moderate successor, the conservative National Alliance, which subsequently merged with Berlusconi’s Forza Italia. In 2008, she was appointed Youth Minister and served as Italy’s youngest-ever minister. Following a split with Berlusconi, she left to become a co-founder of the party she now leads, Fratelli d’Italia (“Brothers of Italy”, the opening words of the Italian national anthem).

Fratelli d’Italia is a small party to the right of the political mainstream, which is Eurosceptic and opposed to the Euro, anti-immigrant, and advocates law and order and ‘traditional family values’.

The immediate expulsion of illegal migrants, “defence of our national sovereignty”, “Italy and the Italians first”, economic nationalism, protection of the ‘Made in Italy’ branding and defence of the national territory are the keynotes of the party’s manifesto.

The protection of Italy against the “process of Islamisation” is emphasized, including “Prohibition of funding of places of worship by fundamentalist states. Combating fundamentalist proselytism which fuels terrorism and the introduction of the crime of Islamic fundamentalism. A register of Imams and obligation for their sermons to be in Italian. No yielding to those who would like to eliminate the symbols of our Christian tradition, to ban Christmas cribs or remove crucifixes from public places. A limit on the maximum number of foreign students per class. Integration policies that do not lead to the creation of ghetto neighbourhoods on the model of the Parisian suburbs. Attention and support for Christian communities that are discriminated against and persecuted around the world.”