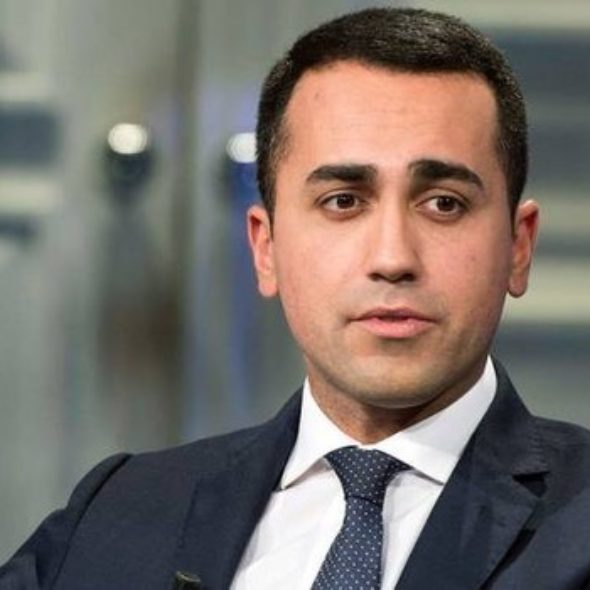 Luigi di Maio was born in 1986 near Naples and studied both engineering and jurisprudence at university but did not graduate. He then worked as a trainee journalist, webmaster and football stadium steward. In 2007, he joined the group started by the comedian Beppe Grillo that later became the anti-establishment, cyber-utopian Movimento Cinque Stelle (Five-Star Movement), of which di Maio is now leader and its candidate for prime minister. Di Maio was elected to the Chamber of Deputies in 2013 and became its youngest ever Vice President in the same year.

The Five-Star Movement positions itself as a complete departure from traditional left-vs.right political spectrum, claiming that digital technology now allows direct representation by citizens, as well as offering solutions to many social, environmental and economic problems. The party is opposed to the idea of career politicians, insisting that its own members treat politics as a short career break from their normal work. The M5S is also in favour of “degrowth” of the economy, waste reduction, teleworking, sustainable mobility and other principles which it believes will lead to a better quality of life and social justice for the majority of the population.

Di Maio’s approach represents a departure from the abrasive, populist and controversial tone of Beppe Grillo, a noted Eurosceptic, who earlier proposed a national referendum on leaving the Eurozone: a policy which has now been abandoned. Di Maio has stated on behalf of the party that “…we do not want a populist, extremist or anti-European Italy,” and has confirmed that under a M5S government, Italy would remain in the European Union but press for the repeal of a number of treaties which he considers to be damaging to Italy’s economy.

The party’s manifesto states: “the Five-Star Movement will lead a possible alternative: an alliance of the Southern European nations in a new dialogue with the so-called ‘wider Mediterranean area’ in order to leave behind the politics of austerity and inflexibility associated with monetary union, once and for all. We will form a united front to negotiate fundamental reform of the European Union.”

However, the habit of strong speech has not been entirely abandoned: last year, di Maio was publicly criticised by the Romanian Ambassador for a comment he made on social media: “Italy has imported 40% of Romania’s criminals, while Romania imports our businesses and our capital. The EU, what a great deal!”

The M5S has changed its views on some other key issues since its inception: when it was first established in 2009, for example, the party was anti-Vladimir Putin, but has since become much more pro-Russian, its manifesto now stating that “M5S will work towards the immediate cessation of sanctions imposed on Russia and for restarting cooperation.”

On the issue of Free Trade, the M5S is opposed to trade deals such as TTIP and CETA, which it claims compromise the rights of Italian workers, social rights, the environment, biodiversity and Italy’s natural resources.

On defence, the M5S is in favour of Italy continuing to be a NATO member on condition that its aims are purely peaceful, that it adapts to the new multilateral order, and that no nuclear, chemical or biological weapons are moved or stored in Italian territory. “We repudiate every form of colonialism, neo-colonialism and/or foreign interference … we oppose every armed intervention that risks repeating the (criminal) errors of the past, excepting troops used purely for peacekeeping purposes … we will pursue a strategy of disarmament to preserve the Mediterranean as a peaceful and nuclear-free zone.”

On the refugee crisis, “…the Five Star Movement will fight for the introduction of an automatic and obligatory mechanism in Europe that distributes asylum-seekers amongst all Member States. Any states that refuse to cooperate will be sanctioned.” The M5S supports an end to all sanctions that affect civilian populations; a total arms embargo on all countries suspected of directly or indirectly funding international terrorism; full recognition of the Palestinian State within the 1967 borders recognised by the United Nations; and diplomatic support for the rights of all ethnic, cultural and religious minorities.