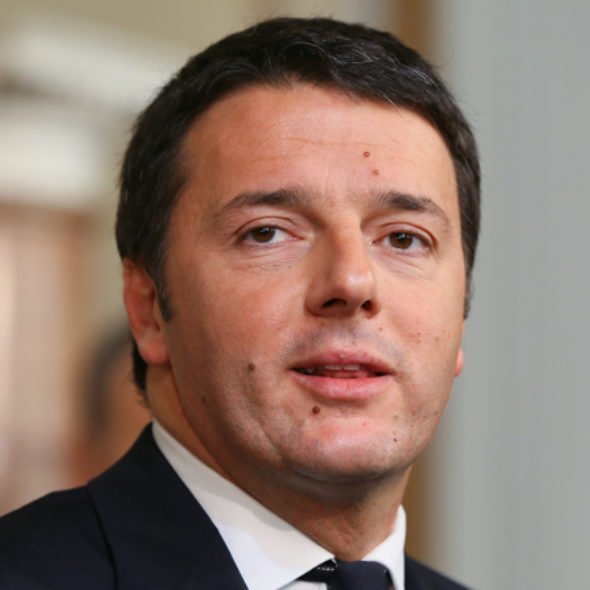 Matteo Renzi was born in Florence in 1975 and graduated in Law at the University of Florence. He was elected president of the province of Florence in 2004, representing the centrist Margherita party. In 2009, he was elected Mayor of Florence and became the youngest ever Prime Minister of Italy in 2014, resigning from the post in 2016, after his referendum on constitutional reform failed to pass.

Renzi is pro-European, but with some significant reservations. His party manifesto states: “our membership of the EU and the Eurozone is not only not in discussion, but is a source of political and institutional pride … we want a Europe that tackles the migration issue by going beyond the principle of the 2003 Dublin Regulation, which obliges each member state to take responsibility for the migrants that arrive in its territory. We maintain that in the absence of solidarity in the way that migration is managed, there can be no solidarity in the next European budget.”

During the 2015 Davos summit, Renzi stated: “Europe is not simply the euro. Europe is not simply a currency. Europe is first of all an idea that ensured seventy years of peace. Seventy years of prosperity… Europe could be the place in which we can give a message of innovation in economics, in culture, in values and in ideals … the direction for Europe must stress the importance of growth and public and private investment, not only austerity.”

Shortly after becoming Premier, Renzi stated in an interview with Time magazine: “Today Europe has rules that almost nobody respects. Italy, yes. Italy respects all the European rules. And yet, it’s a Europe that’s very tied to the criteria of austerity, of rigidity. It’s too much in the hands of technicians and functionaries, of bureaucrats. I believe that Europe needs to be given back to the people, to families. [That] means having a vision of the European Union, in which you go towards a United States of Europe. A European civil service. Labour policies that [are] the same in all the countries."

On climate change, the PD states that “climate change obliges us to shift our paradigm, based on the UN’s 2030 Agenda for Sustainable Development and the Paris climate change agreement. On this issue of political economy, the Democratic Party has been on the front line and will continue to be so… We reconfirm the Paris agreements, and are committed to combating all forms of pollution, starting with plastic.”

During the most intense period of the Mediterranean refugee crisis, when Renzi was Premier, he proposed that the European Union should fund significant eurobond-backed investments in Africa – an idea that was rejected, mainly by Germany. Following Renzi’s resignation as Premier, but with the PD still in government, the Interior Minister Marco Minniti made a series of controversial deals with local governments, tribes and the national government in Libya to prevent further migration to Italy: in consequence, 2017 saw a reduction of nearly 90% in the number of African migrants and refugees arriving in Italy from Libya. The UN and the NGO community have been very critical of the initiative; the UN human rights chief describing the use of a refunded and relaunched Libyan Coast Guard to intercept migrants as “inhuman.” The European Union, on the other hand, has been highly supportive of Minniti’s approach.