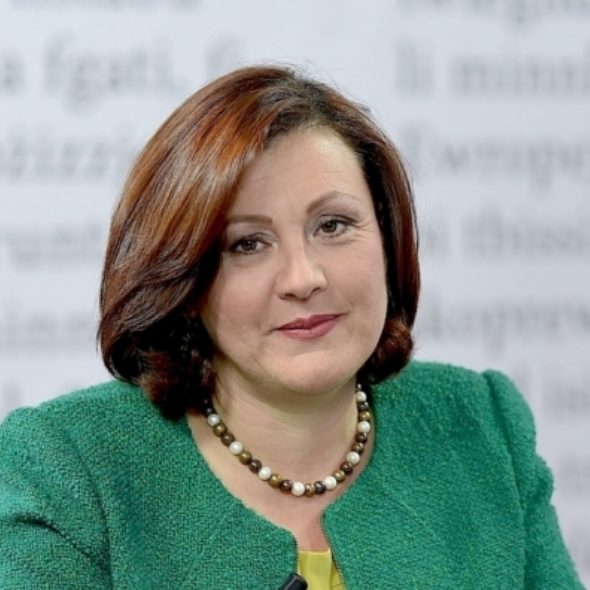 Marlene Farrugia formed the Democratic Party (Maltese: Partit Demokratiku, PD), a centre-left political party, in 2016. She had been initially elected as an MP for the ruling Labour Party in 2013 and resigned from the Labour party in 2015 following a number of ideological disagreements with her party colleagues.

She is known for her outspoken nature and has been a vocal critic of her party on a number of issues, including the introduction of divorce (which was only legalised in Malta following a referendum in 2011), environmental protection, over-development, and good governance. She has been highly critical of Labour Party following the naming of key party officials in the Panama Papers scandal.

She is pro-EU, campaigning against possible abortion laws in Malta and for better refugee support across the EU. She sees migration as a human tragedy that requires humane handling, a by-product of human excesses resulting in war, environmental destruction and consequently human displacement.

“We all stand to lose if we turn our backs on our European credentials and sow the seeds of more radicalisation and terrorism, by condemning migrants and refugees to more exploitation and human tragedy, in countries still struggling with their own festering wounds.”

Despite forming a new political movement, the Democratic Party recently announced it would become the junior coalition partner of the Nationalist Party in the upcoming election.