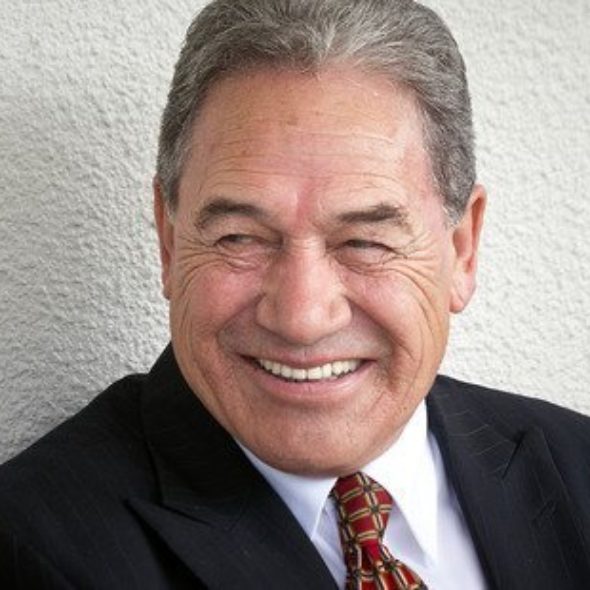 Winston Peters was born in 1945 in Whangarei. He graduated in history and political studies from the University of Auckland. He worked as a teacher, barrister and later as a solicitor in his own law practice; he was previously captain of the Auckland Maori rugby team. In 1978, Peters was elected as the National Party’s MP for Hunua. He later lost his seat, was re-elected in 1984, and then held his seat until the 2005 election. Between 1984 and 1987, Peters served as Opposition spokesperson on Maori Affairs, Consumer Affairs and Transport; later he became spokesperson for Employment and Race Relations. After the National Party’s Victory during the 1990 elections, Peters became Minister of Maori Affairs.

Peters set up the New Zealand First Party in 1993; the party won two seats in 1993 and 17 seats in 1996. As Deputy Prime Minister from 1996-1998, he led a number of business delegations to China, Hong Kong, the US and Canada. After the 2005 election, Peters was appointed Minister of Foreign Affairs; he has been credited for reactivating US interest in the South Pacific region. His party won no seats in the 2008 election, and eight in 2011.

Peters does not associate himself with either side of the political spectrum. He has often spoken out against high levels of immigration to New Zealand, highlighting what he regards as its negative impacts on culture and the economy. He has tended to focus his remarks on Asian immigration, and remarked in an interview that “[We] are going to flood this country with Asian people with no idea what we are going to do with them when they come here.” He has also said, “You know what our policy is. It is to cut to the bone to people we need, not who need us”. Peters has stated that “Erroneous immigration policy is leading us towards collapse”, and has spoken of “Immigrants willing to work for ridiculously low wages preventing ordinary Kiwis from accessing well-paying jobs.”

In 2016, shortly before the Brexit vote, Peters was invited to speak at an event at the House of Lords in London, hosted by the UK Independence Party’s Leader in the Lords, Lord Pearson of Rannoch, and by UKIP’s Commonwealth Spokesman, James Carver. Peters’ speech was introduced by UKIP Leader Nigel Farage. Peters strongly encouraged Britain to vote in favour of leaving the European Union, saying “much of the anti-EU sentiment stems from concern with immigration (…) the UK is a magnet for people from EU countries like Poland and Romania that enjoy open access, work and welfare benefits”. On the European refugee crisis he remarked that “the migrant crisis is ongoing and [an issue] on which EU leadership appears dysfunctional and indecisive”… “if you you ask the average Briton today about the impact of two million EU workers, they will confirm that it has already had an impact, an adverse one on their economic and social opportunities.” He stated that “the most critical element (…) is the economic and social advances that only real freedom can germinate and cause to flourish. The benefit of real freedom is economic development” and that “the British people stand on the cusp of an exciting future.”

Peters is also opposed to aspects of foreign investment for New Zealand, saying “We are not compromising on (…) the sales of our assets to offshore interests or massive offshore money buying up this country’s future.” On the question of foreigners buying property in New Zealand, Peters has commented “the idea that you can park yourself up in some other country and buy scores of houses as some sort of speculative investment (…) it is anti- the nationalist economic approach, and it is just silly.”

Speaking on international trade, he has stated “We are an export-dependent nation. Let’s have policies that reflect that.” When asked about the fairness of the Labour Party’s comments singling out Chinese foreign buyers, he answered that “if you are facing stark facts of a preponderance of buying from one country because of unique economic circumstances and governmental circumstances in that country, of course it is fair to say it. Anything else is a denial of fact.”