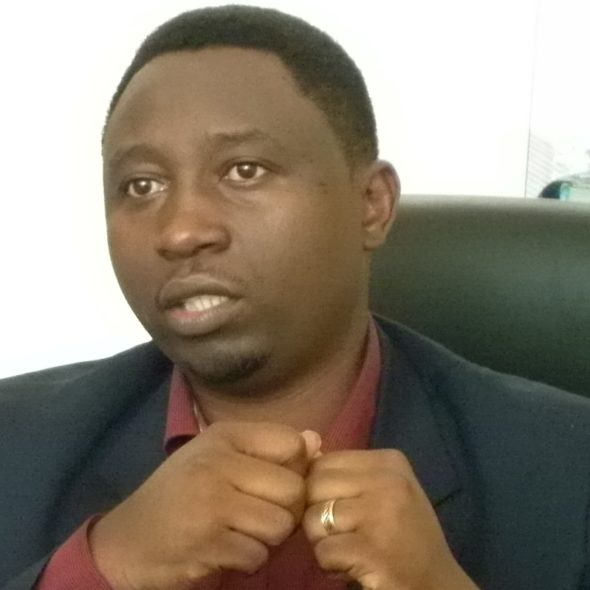 Frank Habineza is the founder and president of the Democratic Green Party of Rwanda, the only legally registered party in Rwanda. Habineza has served as special assistant to a minister under President Kagame and has worked for Rwanda Newsline and the Rwanda Herald.

In 2010, Habineza was forced to flee Rwanda and sought refuge in Sweden, where he lived until 2012. After returning home he eventually succeeded in getting the Democratic Green Party of Rwanda officially registered in August 2013. He was awarded a democracy prize in the Swedish Parliament in 2011, and has also received a honorary doctorate of humanities from Bethel College, Indiana, USA in 2013.

The National Commission only confirmed his candidacy on 7th July, leaving him little time to campaign. He has promised to fight unemployment and to end the monoculture imposed by the authorities. Although he has not criticized Paul Kagame himself, Habineza has condemned alleged human rights violations committed by the government against political opponents and has pledged to retry political prisoners accused of dissidence. He has also criticized the government of canceling one of his political meetings. The Green Party’s vice-president was murdered in 2010.

“We want to bring democracy to this country. Democracy does not fall from heaven, it will not come from America or Europe, we are the ones who must fight for it,” Mr Habineza has said.

We have not been able to find any published remarks from this candidate on his view of Rwanda’s international role.