The Global Vote for the Netherlands General Election has produced the most decisive win of any Global Vote so far: in a landslide result, the Green candidate Jesse Klaver won 50% of the entire vote. 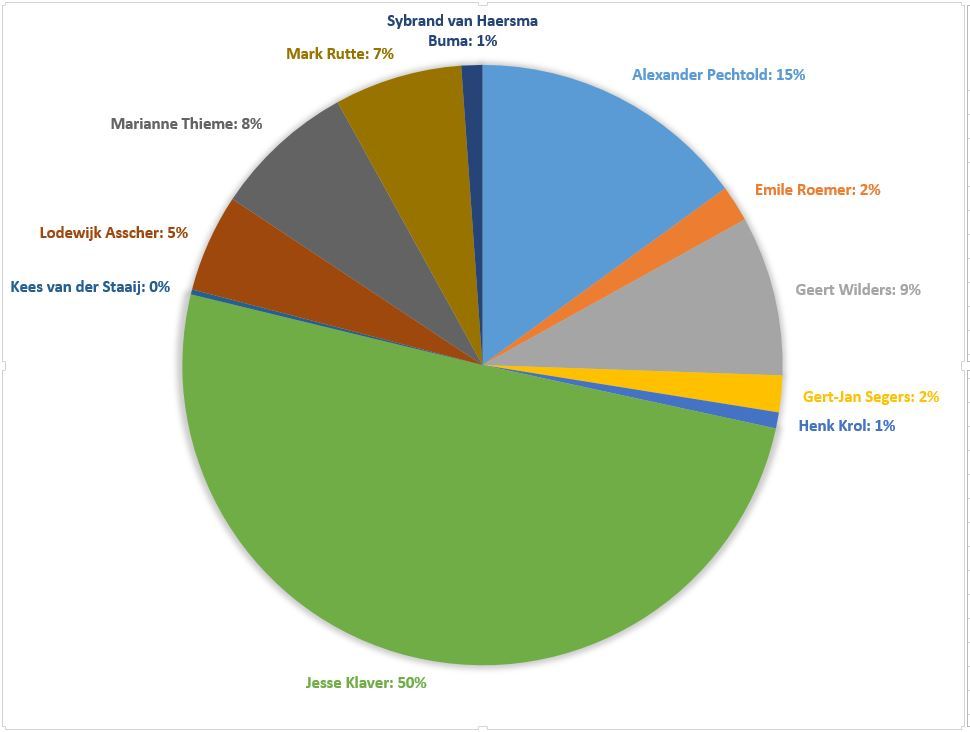