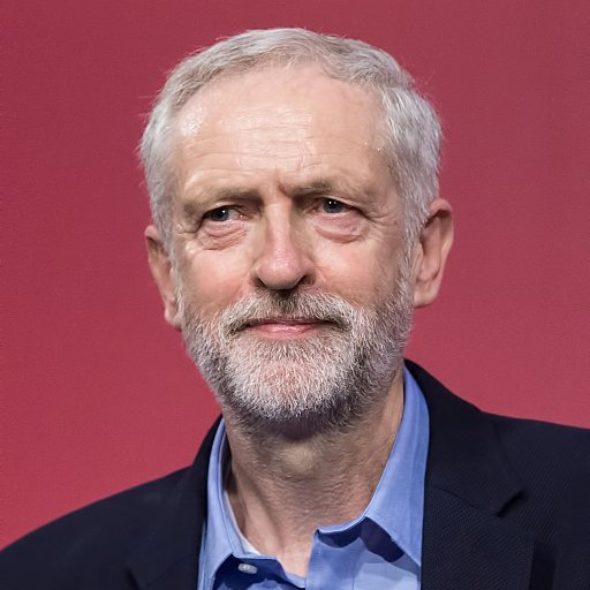 Jeremy Corbyn is the leader of the UK’s Labour Party, and leader of the official opposition in the House of Commons. He is the member of Parliament for Islington North (in Greater London).

Corbyn is married, with adult children, and enjoys working on his allotment (a small patch of land away from the home for cultivating plants).

The Labour Party sits as part of the Group of the Progressive Alliance of Socialists and Democrats (S&D) in the European Parliament.

Jeremy Corbyn has been a longstanding critic of the neoliberal economics of the European Union, and despite voting to remain in the Brexit referendum, was criticised by some as not campaigning with enough vigour for a remain vote.

Jeremy Corbyn has said his priorities for Brexit would be the preservation of workers’ rights, tariff-free access to the Single Market, maintaining environmental standards and protections, and keeping corporation tax comparable with other European states.

The Labour party’s election campaign has tended to downplay Brexit and focuses instead on the traditional electoral topics of domestic policy such as health, education and social security.

Jeremy Corbyn has ruled out a second referendum following the Brexit negotiations.

Corbyn has voted against strong enforcement of immigration rules, and against stricter asylum rules.

Corbyn’s spokesperson on Brexit has made clear that while the party accepts immigration will need to change after the UK leaves the EU, they do not view reduction as a priority.

Jeremy Corbyn has spoken in support of migrants working in the UK’s National Health Service, as well as in other sectors.

The issue of immigration has been a divisive one for the Labour Party since the last general election, with Corbyn’s defence of free movement at odds with calls from some Labour MPs to listen to voters’ concerns about the numbers of arrivals.

Jeremy Corbyn is broadly in favour of the UK’s continued membership of, and contribution to, NATO; the UK’s membership of the United Nations; and more recently the replacement of the UK’s Trident nuclear deterrent with an upgraded weapons system. However, he has publicly stated he would not be prepared to launch a first strike with such weapons.

Corbyn has stated that he believes the UN Security Council must be the body which decides on the necessity of military intervention in global conflicts.

He has consistently voted against military action overseas, and historically against the Trident system replacement. He is a former chairman of the ‘Stop the War Coalition’.

Corbyn said he would "reshape" relationships with the US and other allies, promising "no hand holding" with Donald Trump (a reference to Trump and May holding hands during May’s recent visit to the White House).

Jeremy Corbyn has voted for measures to prevent climate change, subsidies for renewable energy, protection of state-owned forests, and against fracking. He has voted against lower taxes for motor vehicle fuel, and against the culling of badgers (which are alleged to contribute to the spread of bovine tuberculosis).

He has set out plans to cap energy bills and introduce state-owned energy companies.

On the question of overseas aid, Jeremy Corbyn’s team have discussed a ‘women-centered’ development policy agenda, and a focus on the refugee and migrant crisis. The Labour party would preserve the commitment to spending 0.7% of GDP on aid.