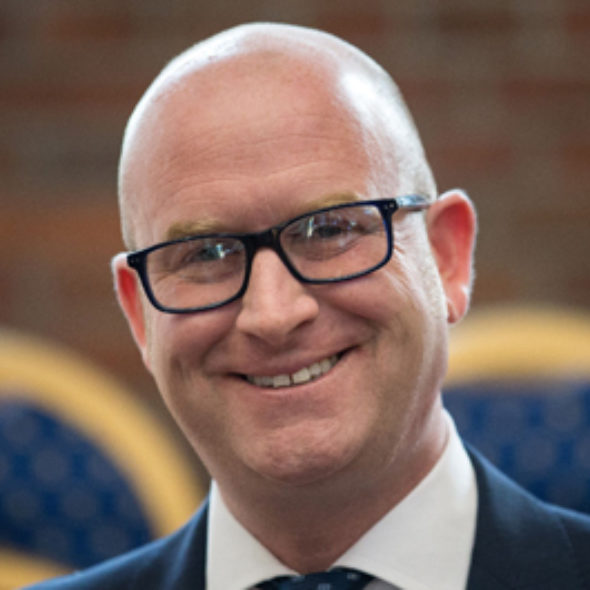 Paul Nuttall is the leader of the United Kingdom Independence Party (UKIP) and a Member of the European Parliament for the North West region of England. Nuttall took over leadership of the party from Nigel Farage following the latter’s resignation in 2016.

He is divorced, enjoys football, and has previously been a university lecturer in History.

UKIP sits with the ‘Europe of Freedom and Direct Democracy’ group in the European parliament.

The party is credited with having applied the pressure which led to the UK’s Brexit referendum, in which Nuttall voted to leave the European Union.

The UKIP priorities for Brexit are to ensure that the UK severs all ties with the European Union. They advocate no membership of the single market, and strictly no freedom of movement. Nuttall is insistent the UK will pay no fee to the European Union as part of the Brexit arrangements.

“UKIP goes into this election determined to hold the government’s feet to the fire on Brexit,” he said. “We will act as the government’s backbone in these negotiations. If voters elect a UKIP MP, they can be sure it will be a true Brexiteer.”

In the European Parliament he has stated "Britain is not some sort of small nation on the peripheries of Europe. We are the United Kingdom. The fifth largest economy in the world. We have links all over the globe - to the Anglosphere, the Commonwealth, and the emerging markets of the Far East."

"It is clear that Britain is going global and as a result of that momentous vote on June 23. I believe that we have a great future ahead of us."

Paul Nuttall outlined the UKIP policy for this election is to reduce migration to a ‘one in, one out’ system - targeting net migration of zero.

The party has long been in favour of an Australian-style points system that allows the UK to allocate visas based on skills needed at that moment in time, and to limit the duration of each visitor’s stay in the country.

Nuttall and UKIP also believe that so-called health tourism (foreign nationals travelling to make use of the UK’s free healthcare system) needs to be ended.

Nuttall and UKIP also advocate a ban on the wearing of burqas in public.

Nuttall has pledged to increase defence spending, maintain the 2% contribution to NATO and to replace the UK’s Trident nuclear deterrent with an upgraded weapons system.

Nuttall is in favour of aggressively challenging ISIS, including backing president Trump’s call for waterboarding. "I think sometimes you have to fight fire with fire, and I think these people are incarcerated because they are bad people ok? And they want to do us harm."

Nuttall and UKIP believe in consulting parliament before any commitment of UK troops to overseas conflict. He also supports a peaceful two state solution to the conflict in Israel/Palestine.

Nuttall is a proponent of fracking, ending subsidies to renewable energy, scrapping the UK’s current climate change legislation, and would seek to rejuvenate the UK’s coal industry.

Nuttall denies the existence of climate change and has called for a ban on the showing of Al Gore's film "An Inconvenient Truth" in schools, which he has described as "a blatant piece of propaganda".

UKIP would close the UK government’s Department for International Development, and cut the international aid budget from 0.7% of GDP to 0.2%.