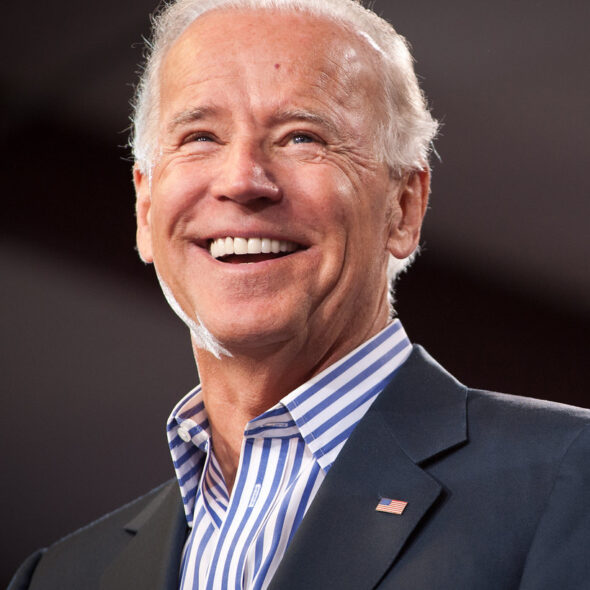 Joe Biden served as 47th vice president of the United States from 2009 to 2017, and is the Democratic Party’s presidential candidate to challenge the incumbent, President Donald J Trump, on November 3rd, 2020.

“Restoring American leadership” is key to Biden’s foreign policy vision. He aims to shift the focus of the country’s narrative from “America first” to “America must lead again.”

In his pronouncements on foreign policy, in contrast to President Trump, Biden emphasises the need for collaboration with allies and cooperation with international organisations and states. He has promised that, if elected, he will host a global Summit for Democracy to renew the spirit and shared purpose of the nations of the First World.

Biden has extensive experience in foreign policy, having served as Chairman of the Senate Foreign Relations Committee, and being involved in all major foreign policy matters as a two-term Vice President to Barack Obama.

As a key diplomatic priority, Biden names “rallying the free world to push back against rising authoritarianism, reasserting American leadership on climate change and restoring our alliances.”

Biden proposes targeted retaliation against China using existing trade laws instead of tariffs in response to China’s violation of international trade laws, such as state subsidies for Chinese companies and intellectual property theft.

Biden has called for a stronger US response to China’s recent infringement of Hong Kong’s autonomy and democratic processes, by means of imposing sanctions. He states that the US “should be pushing back on China's deepening authoritarianism, leading the free world in support of the brave people of Hong Kong as they demand the civil liberties and autonomy promised to them by Beijing.”

He also says that the United States “must speak out” on China’s detention of more than one million Muslims in the Xinjiang region, and that he would support sanctions against the individuals and companies involved.

Biden has called to impose “real costs” on Russia for its violations of international norms.

If elected, he intends to pursue an extension of the New START Treaty as a foundation for new arms control arrangements.

He has warned of Russia using Western financial institutions to launder billions of dollars which may be subsequently used to influence politicians. He has called for an independent investigation into “Russia’s assault on American democracy.”

Biden opposes Trump’s advocacy for readmitting Russia to the G7, from which it was expelled after its 2014 annexation of Crimea.

He has agreed that the US should regard Russia as an adversary if it continues on its current course in Ukraine and other former Soviet states.

On the question of bounties allegedly offered by the Taliban for killing American soldiers, he has promised to reconsider the evidence and has stated that “Putin will be confronted and we’ll impose serious costs on Russia."

If elected, Biden would aim to restart nuclear talks and rejoin the Iran nuclear deal, if Tehran resumes full compliance.

On Afghanistan, Biden says, “We can be strong and smart at the same time”. He favours removing tens of thousands of troops from the region, but leaving the strategic special forces units in key locations to combat terrorism and maintain peace talks with Taliban. He proposes a narrower focus for the U.S. military in the region on counterterrorism and working with local allies.

He has condemned President Trump’s removal of US troops from Northern Syria earlier in 2020.

He backs a two-state solution to the Israel-Palestinian conflict and does not support the annexation of the West Bank.

Biden has stated that he will seek to repair trade relations with the European Union.

Biden says he would not meet with President Kim of North Korea unless unspecified preconditions are met. He also would not continue Donald Trump’s personal diplomacy with Kim, calling the meetings a “vanity project” that should only happen if coupled with “an actual strategy that moves the ball forward on denuclearisation.”

He has vowed to strengthen US core alliances with Japan and South Korea and would insist that China join them in pressuring Pyongyang.

Biden says he would launch a top-to-bottom review of US funding in Central America to determine how to build on the Obama-Biden administration’s earlier initiative that secured concrete commitments from the leaders of El Salvador, Guatemala, and Honduras to tackle the corruption, violence, and endemic poverty that drive migration to the United States.

He has criticised the government of Venezuela and called for increased sanctions on the Maduro regime which created a refugee crisis and destabilised the region.

Re-joining the Paris Climate accord is a key priority for Biden. He has said, “I will rejoin the Paris climate agreement on day one of a Biden administration and then convene a summit of the world’s major carbon emitters, rallying nations to raise their ambitions and push progress further and faster.”

Biden has also promised to host his own climate summit in his first 100 days, if elected, setting higher targets for the world’s biggest carbon-polluting countries. For example, he will pressure China to stop supporting coal exports and outsourcing pollution to other countries.

Biden advocates for small but aggressive military actions to tackle specific targets instead of large military operations involving tens of thousands of troops.

He calls NATO “the single most important military alliance in the history of the world” and pledges to restore US support. He has also pledged to invest more heavily in NATO, which he says should deploy more troops to Eastern Europe to deter Russian aggression, and states that “we must keep the alliance’s military capabilities sharp while also expanding its capacity to take on nontraditional threats, such as weaponised corruption, disinformation, and cybertheft.”