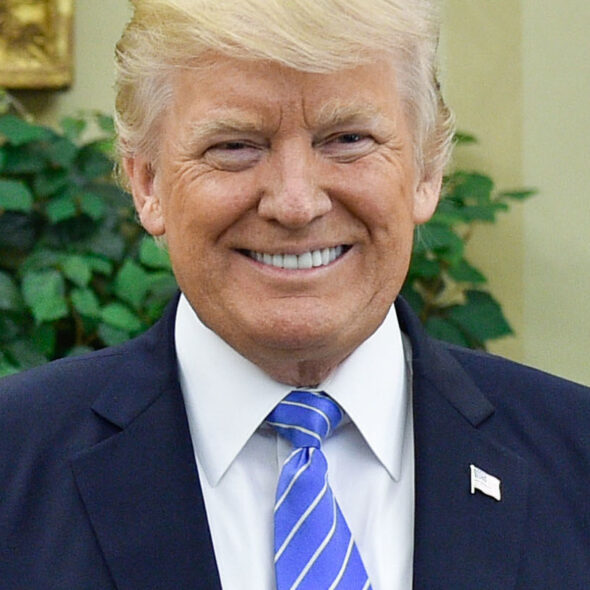 As we observed in the Global Vote coverage of the 2016 U.S. Presidential Election, Donald Trump’s priorities are domestic, and he has continued to insist that the United States needs to maintain its focus on the problems it has at home, some of which – especially social unrest and crime – he claims to be worsening notwithstanding his four years in power.

His 2016 statement that “we cannot be the policeman of the world,” appears to remain at the heart of his foreign policy, although this has by no means prevented the United States from exercising economic and military hard power on other countries when deemed necessary. President Trump maintains “America first” as a key motivation for his foreign policy.

There is little precise information on what Mr Trump’s foreign policy priorities would be if he were elected for a second term, so much of the information in this candidate profile – as is usual with incumbent policymakers in the Global Vote – is based on his recent record in office.

In his agenda for a second term in office, Trump states that he would “stop endless wars and bring our troops home”; “get allies to pay their fair share”; “maintain and expand America’s unrivaled military strength”; “wipe out global terrorists who threaten to harm Americans” and “build a great cybersecurity defense system and missile defense system”. This suggests no substantial change from the previous term’s foreign policy goals, although actual policies still remain unclear, in keeping with Mr Trump’s stated view that a certain level of unpredictabilty is tactically and strategically advantageous. It is telling that all his stated foreign policy objectives are military or connected with the projection of military power.

During the first term of his presidency Mr Trump has withdrawn from several international organisations and agreements such as the WHO, TPP, the Iran Nuclear Deal and the Paris Climate Agreement, and has put more emphasis on bilateral deals with favoured countries. A degree of suspicion, even of explicit hostility, towards the multilateral system has been a hallmark of this presidency, and this might be expected to continue in the event of a second term in office.

Mr Trump entered into a trade war with China during his first term, which resulted in both countries imposing tariffs on each other. Most recently, Mr Trump has placed 25% tariffs on approximately $200 billion worth of products that are supported by China’s industrial policies. In his second-term agenda, he has called to bring back 1 million manufacturing jobs from China.

Following the imposition of harsh new national security legislation by China on Hong Kong, Mr Trump has revoked the 1992 US-Hong Kong Policy Act, with the consequence that the US will now treat Hong Kong on equal terms with any other Chinese city. This may well cause economic harm both to China and Hong Kong.

President Trump has not finalised any deal to replace or extend the last remaining U.S.-Russia arms control agreement which expires in February 2021, but wants a nuclear framework agreement. He favours extending the START treaty and has called for China to join it.

He has denied that Russia interfered in the 2016 presidential election, despite the conclusion of an investigation into election meddling conducted by the US intelligence agencies that this did indeed take place.

Mr Trump has also advocated for Russia to be included in the G7 despite opposition from other world leaders.

In a similar vein, Trump has dismissed intelligence reporting that Moscow offered bounties to Taliban fighters to kill American soldiers in Afghanistan, branding it as “fake news” even though the reports had been reviewed and confirmed by the CIA (although disputed by other intelligence bodies).

Under President Trump, the United States has recognised Jerusalem as the capital of Israel and relocated the US Embassy there. Although recognition of Jerusalem has long been on the agenda of US leaders, it is seen as one of the world’s most sensitive diplomatic issues and as a potential threat to peace in the Middle East. The move has drawn criticism from some Arab leaders.

Under President Trump, the United States has brokered agreements on the normalisation of relations between Israel and the United Arab Emirates and Bahrain.

Mr Trump authorised the killing of Iran’s Major-General Qassem Soleimani, a head of the Quds Force, the foreign operations division of Iran’s Revolutionary Guard. Trump claimed he ordered the killing to protect US personnel and embassies against “imminent attacks.” Further evidence to support this claim was not provided.

President Trump also withdrew the United States from the nuclear deal between Iran and other world powers. Trump has vowed to continue to pressure Iran on economic terms and will seek an end to all nuclear enrichment.

He authorised military action against Iran to respond to the downing of a US drone, but called the operation off at the last minute, allegedly because innocent civilians might have been killed or hurt.

He also authorised a limited cruise missile strike on Syria in response to Bashar al-Assad’s use of chemical weapons on Syrian citizens.

Mr Trump signed a peace deal with the Taliban which included a pledge to remove all US troops from Afghanistan and called for a permanent ceasefire. While aiming eventually for a complete troop withdrawal, Trump has stated that he aims to reduce the number of US troops operating in Afghanistan from 13,000 to 4,300 by Autumn 2020.

President Trump has expressed support for the Saudi leadership on several occasions, referring to Saudi Arabia as a major US regional partner, oil supplier and purchaser of US arms, regardless of the killing of the Saudi dissident journalist Jamal Khashoggi.

President Trump ordered the relocation of America’s European military headquarters from Germany to Belgium, involving the removal of 11,900 US troops, a third of the total US forces in Germany.

Mr Trump has repeatedly and publicly endorsed Brexit. Many have viewed this as inappropriate and unnecessary interference in the domestic politics of another state, which has contributed to the further alienation of America’s European allies.

In a surprise move, President Trump withdrew US participation in the Trans-Pacific Partnership, a twelve country Asia-focused trade alliance. He later proposed to re-join, should the agreement be “substantially better”, but no further action has yet been taken.

Donald Trump was the first sitting US president to visit North Korea. However, no progress was made in persuading North Korea’s leader Kim Jong Un to give up his nuclear weapons or long-range missiles. Trump has pledged to make a deal with North Korea if he is elected for a second term.

Mr Trump recognised the Venezuelan opposition leader Juan Guaidó as the nation’s interim president and identified the reelection of Nicolas Maduro as illegitimate. He also attempted to send humanitarian aid to alleviate the shortage of goods and refugee crisis.

As previously mentioned, Mr Trump pulled the United States out of the Paris Climate Agreement and has pledged to “negotiate a far better” international climate deal. Trump blamed his decision on the financial and economic burdens which the deal would impose on the US, but not yet shown any progress on the new deal or revealed what it would entail. In the meantime, he has continued to challenge the scientific consensus on global warming.

Mr Trump authorised the killing of the leader of the self-proclaimed Islamic State, Abu Bakr al-Baghdadi.

He also ordered the pullout of US troops from northern Syria. Keeping American troops in the area was seen as necessary to protect Kurdish forces from any Turkish-backed offensive and hold the ground it took back from the Islamic State, and the move was seen by many as impulsive, and a betrayal of America’s Kurdish allies.

President Trump withdrew the United States from the World Health Organisation and cut its funding. Trump blamed the organisation for failing to properly investigate the COVID outbreak in China. He also accused China of pressuring the WHO by not revealing the true scope of the disease. The US is the biggest financial contributor to the WHO and its withdrawal is seen as a threat to the viability of organisation’s programmes.

Mr Trump has complained about the failure of many NATO partners to meet defence spending targets, questioning the continued relevance of the organisation, and has even spoken of withdrawing from the Alliance. In 2019, it was reported that several NATO members had subsequently increased their defence spending.

Mr Trump fulfilled his 2016 election pledge to renegotiate the North American Free Trade Agreement.
He settled on a number of changes to the agreement: renaming it the United States-Mexico-Canada Agreement, including new labour stipulations, stronger protections for US intellectual property and higher standards for the auto industry. USMCA is seen by its supporters as a modernised version of NAFTA which reflects the commercial environment of the 21st century, although not all commentators are agreed that the changes amounted to real improvements.