Incumbent President Edgar Lungu has been re-elected, according to official results, which are being challenged by the main opposition party. The electoral commission said Mr Lungu had secured 50.35% in the vote, just over the 50% threshold needed to avoid a second round under a new electoral system. His main rival, Hakainde Hichilema, who alleges electoral fraud, won

In the Global Vote, 38% of voters from more than 26 countries chose Saviour Chishimba, who received almost twice as many votes as Peter Sinkamba, who ranked in second place with 21% of the Global Vote. Edith Nawakwi was the Global Voters' third choice, with 17% of the total vote. 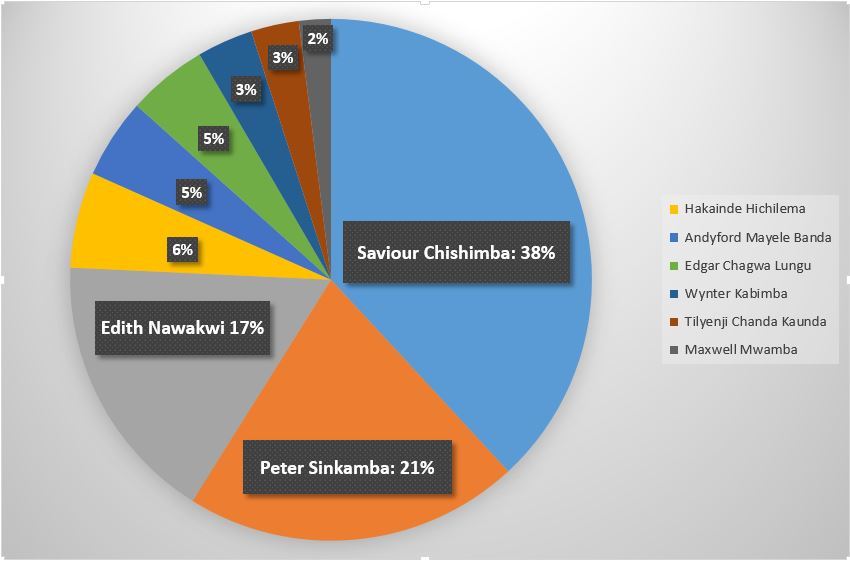