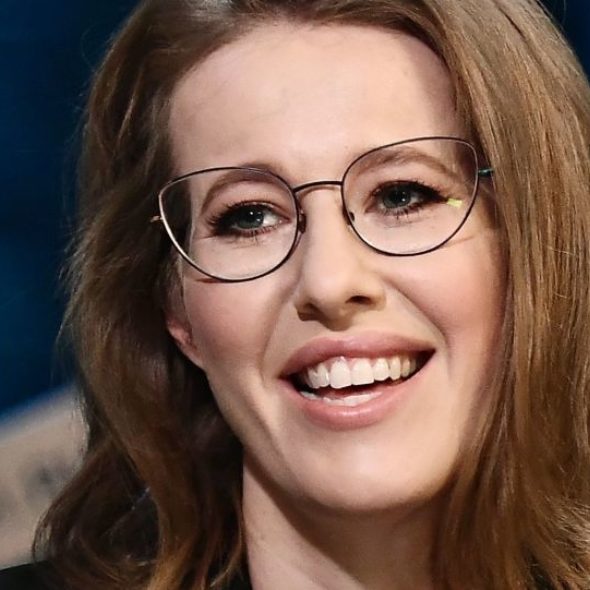 Ksenia Anatolyevna Sobchak was born in 1981 in Leningrad (now Saint Petersburg), USSR. She completed her undergraduate studies in International Relations in 2002 at the Saint Petersburg State University, and at the Moscow State Institute of International Relations, where she also obtained a masters degree in Political Science in 2004. In her subsequent career she has been a TV host for a number of popular reality TV shows, a TV journalist for the ‘Dozhd’ (‘Rain’) channel, and a radio host.

Sobchak’s presidential platform is entitled “123 Difficult Steps”, and includes a number of observations on international affairs, including the longer-term goal of signing the Association Agreement with the EU. “Democratic and prosperous European countries are our natural partners and allies,” says Sobchak. “A strong, not weak, EU is in Russia’s best interest. We need to make the maximum effort to restore our partnership relations with Europe, with an association agreement as a long-term goal.” Russia should not allow itself to be isolated and simply serve as Europe’s source of raw materials, says Sobchak. Instead, it should aspire to integration by earning the right to become a European production base. Cooperation with European countries will bring vital technologies and investments, and closer collaboration will help revive Russia’s entrepreneurial spirit in a modern form. According to Sobchak, the main threat to Russia’s national security is not NATO’s military preparations, nor regional crises and instability, but the fact that Russia lags behind more advanced states in terms of technological capability and progress.

She also stresses that the most important foreign policy decisions must not be made behind closed doors by a group of officials: it is necessary to ensure the participation of regional bodies, different business sectors, representatives of independent expert organizations and members of civil society in the formation and execution of Russia’s foreign policy objectives.

Ending economic sanctions against Russia is a key priority, which Sobchak believes should be achieved in a multi-staged process, eventually granting Russian financial institutions access to international capital markets.

Sobchak argues that Russia should ratify all of the UN’s conventions on human rights, supporting internationally held limitations on the means and methods of warfare, respecting the status of the International Criminal Court, refusing cooperation with dictatorial regimes and internationally acknowledged terrorist organizations. Russia should also recognize and abide by the decisions of the European Court of Human Rights.

On the issue of migration, Sobchak’s manifesto states that “…we consider it obligatory for the government to work on the cultural and social integration of labour migrants.” The programme also includes creating compulsory programmes on the teaching of Russian language and the primary principles of Russian law, culture, traditions, ways of living; but also to provide legal migrants equal social rights to those enjoyed by Russian citizens; to stimulate the return of the Russian speaking diaspora and, in consequence, the curbing and restriction of undocumented and illegal immigration. Sobchak calls for the cessation of Russia’s military involvement in eastern Ukraine, proposing to immediately return all military personnel currently involved in Ukraine and Syria, as well as publishing lists of all the people who have died in these conflicts. The revival of democracy in Russia is impossible, according to Sobchak, without resolving the question of Crimea, noting that it is, according to international law, part of Ukraine. She acknowledges that the majority of Crimea’s current population are Russian-speaking citizens of Russia, who consider Crimea as part of the Russian Federation; so in order to resolve the situation, she proposes a referendum, the rules of which must be collectively agreed by Russia, Ukraine and the international community. Prior to such a referendum, there should be a period of free public discussion and campaigning for at least one year after the rules on the implementation of referendum are agreed upon.