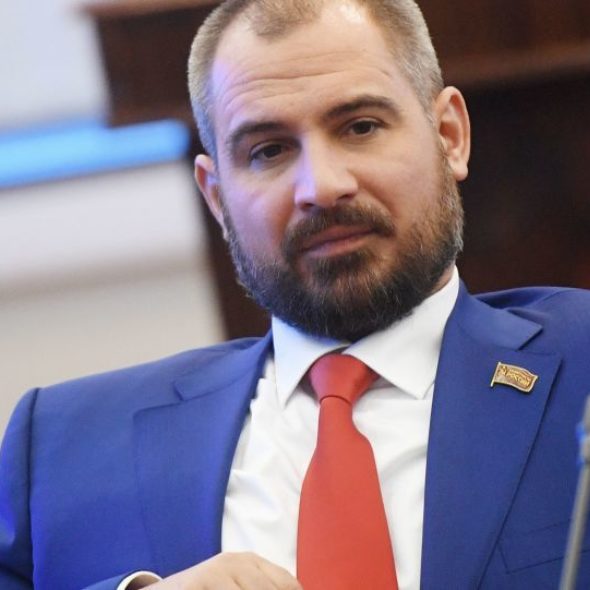 Maxim Alexandrovich Suraykin was born in 1978 in Moscow, USSR. He graduated from the Moscow State University of Railway Engineering in 2000 with a degree in logistics, transport and commerce. After graduating he ran a computer repair business and worked as a lecturer at the Department of Management at his previous university. He was a member of the Communist Party of the Russian Federation for 8 years from 1996 to 2004, later leading the ‘Communists of Russia’ group in 2010. In 2012 he became the leader of the political party with the same name.

Suraykin’s presidential programme is named “Ten Stalinist Strikes on Capitalism,” and declares that its ultimate goal is the restoration of the Soviet Union. Foreign policy priorities would be based exclusively on “upholding the interests of working people.” He pledges to make an official appeal to all the nations of the former USSR with a call to restore a single unified state known as the Eurasian Union. Suraykin has also promised to re-establish all mutual military treaties with Cuba, North Korea, Vietnam, Laos, Palestine, Nicaragua, South Africa, Venezuela, Sudan and Iran, creating a “defensive alliance of anti-imperialist states modelled on the Warsaw Pact”. He has also pledged official recognition of the independence of the Donetsk People’s Republic and Luhansk People’s Republic.