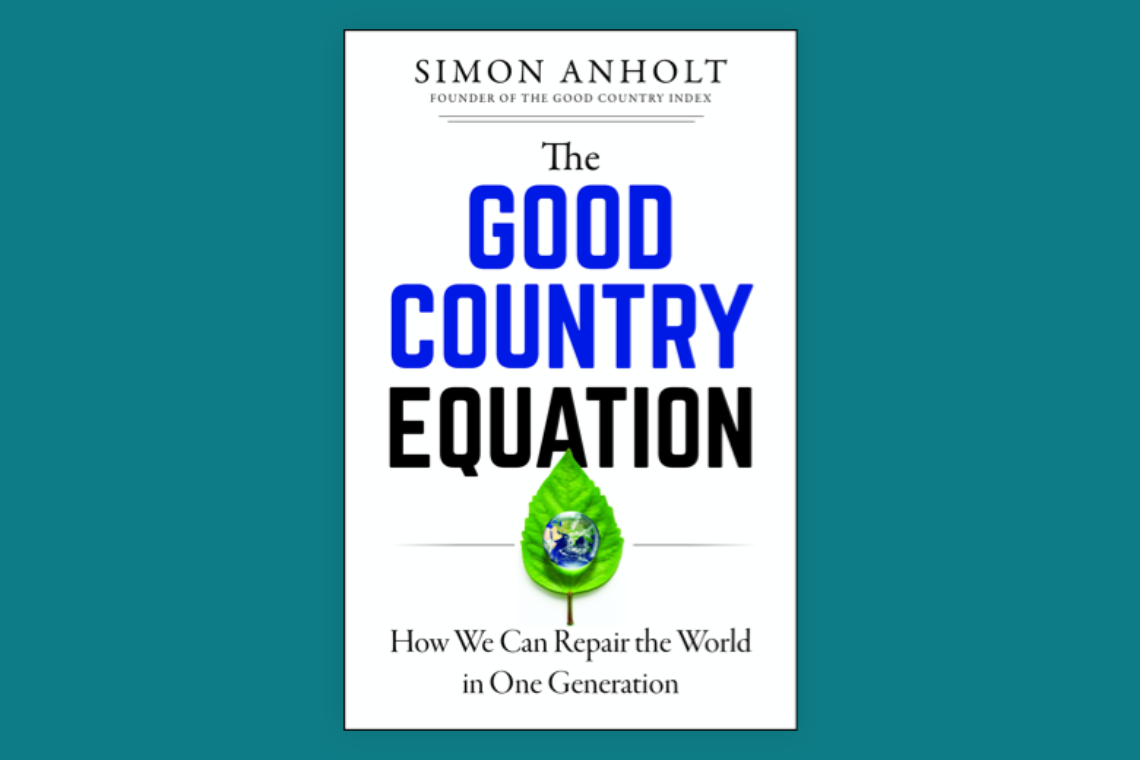 Listen to a free sample of The Good Country Equation Audiobook edition, narrated by Simon Anholt!

I've spent the last twenty years as an advisor to the Presidents, Prime Ministers and monarchs of fifty-six countries, and as you can imagine, it has given me a unique perspective on what's really gone wrong with our world.

It's also given me a tale or two to tell. Whether imprisoned in a palace lavatory in Bhutan or at dinner with Vladimir Putin, my life has often been stranger than fiction: yet each episode brings its own insights and observations about the real state of the world we live in.

And it all leads up to a surprisingly simple plan to make the world work.

Just click on one of the bookstore logos to pre-order your copy today! The book is also available on all amazon's country sites.

Trying to make sense of what is going on in the world? This is your answer. Simon Anholt, one of today’s most original and influential thinkers on international affairs, makes a convincing case for why countries should cooperate rather than compete in today’s world of global disorder.

Alexander Stubb, Prime Minister of the Republic of Finland 2014-2015

This important new book is a must-read for anyone who cares about the future of humanity and the planet. Anholt’s message of co-operation and collaboration is a true beacon of hope in troubled times.

Bocchit Edmond, Minister of Foreign Affairs of the Republic of Haiti

Simon Anholt’s The Good Country Equation is a masterpiece. From the loveliest descriptions of people and places he’s encountered over the years, Anholt distills some marvelous and delightful insights, reveling in our ingenuity as humans. But he also ruminates over the wretched condition we humans have seemingly worked ourselves into, and offers up a gem of a proposal to have that trend reversed. This is a truly important book!

Simon Anholt has produced an inspiring book with practical recommendations on how to build a better world. Many of the greatest challenges confronting our nations today do not respect borders and cannot be solved by a single government. His ideas will be well received in nations such as mine that practice participatory democracy, engage in multilateralism and benefit from a very youthful population.

Hon. Peggy Serame, Minister of Investment, Trade and Industry of the Republic of Botswana

The ability to accurately observe and understand the complexity of our world is not so common nowadays. Simon Anholt is one of the rare people who can, and his book is a perfect example of this virtue. It is a handbook for human perception: how to make the ideas for next generations simple, understandable and exciting. Read it and you will be sure that there’s nothing wrong with our planet. The book will bring you this true and much needed sensation.

Valdis Zatlers, President of the Republic of Latvia 2007-2011

Anholt’s book is a remarkable achievement. Not only does he explain the challenges facing the world with unique clarity, he also provides genuinely new, informative, practical, innovative solutions: solutions which I believe to be valuable. The book is a must-read for anyone who cares about humanity’s shared future.