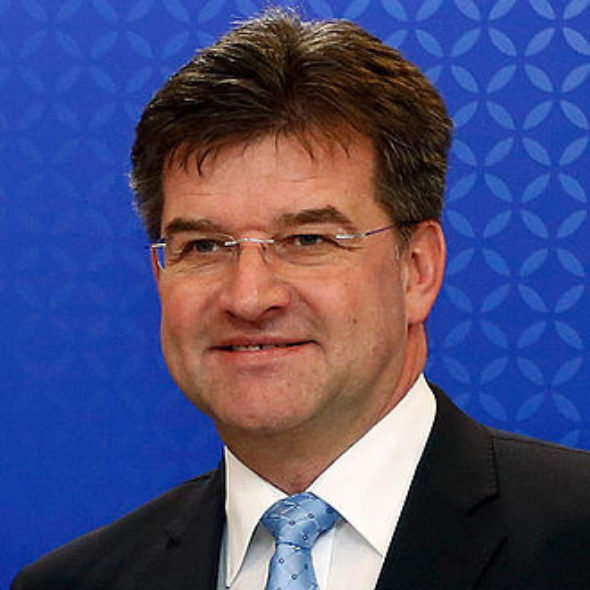 Miroslav Lajčák is a career diplomat who is currently serving his third term as Minister of Foreign and European Affairs of the Slovak Republic. He has a degree in International Relations and has served as Slovakia’s Ambassador in several countries, as Deputy Prime Minister and as Chairman of the Government’s Council for Human Rights, National Minorities and Gender Equality. In 2007 he was appointed High Representative of the International Community and EU Special Representative in Bosnia and Herzegovina. In 2010-2012 he was Managing Director for Europe and Central Asia in the EU’s European External Action Service.

The UN “... needs to adjust its ways of operation and enhance its capacity to deliver. We need to concentrate on how to boost its efficiency and effectiveness.”

“I believe the UN needs a dynamic, creative and stay-the-course leader … a Secretary-General who views reforms as a way of thinking, a continuous process of change and adaptation, not just a policy … apart from being the Chief Administrative Officer, the Secretary-General should be the chief listener and effective, compelling communicator.”

“It is an utmost priority to avoid the weapons of mass destruction getting into the hands of non-State actors and terrorist groups. Nuclear disarmament is about security for all of us.”

“I consider early detection and prevention of conflicts to be a key role of the Secretary-General in close cooperation with the Security Council.”

“The UN development pillar needs to effectively adapt to the new realities and the changing development landscape. The focus must be placed on the poor, the vulnerable and the youth. … Youth represents energy, hope and future. Young people are the most important investment we can make.”

“The UN Secretariat has more than 40,000 employees worldwide, while most of the strategic decisions are made by only a handful of senior officials. It is therefore paramount to ensure that the UN's management is transparent and accountable at all levels, and the oversight mechanisms are strong and independent.”

“I believe constant change is a natural process in any organization if it wants to remain relevant and the United Nations is no exception.”

“The UN is not a stand-alone organization. No one can cope with the challenges of the 21st century alone. The UN needs to further enhance its partnerships with other regional, sub-regional and other international organisations, civil society, academia and the business sector.”

“We must be able to constantly evolve and adapt. Be always one step ahead of the new challenge. There are also lots of new areas of critical importance that require our attention, like developing global rules and cooperation also in the areas like cyber, energy and space.”