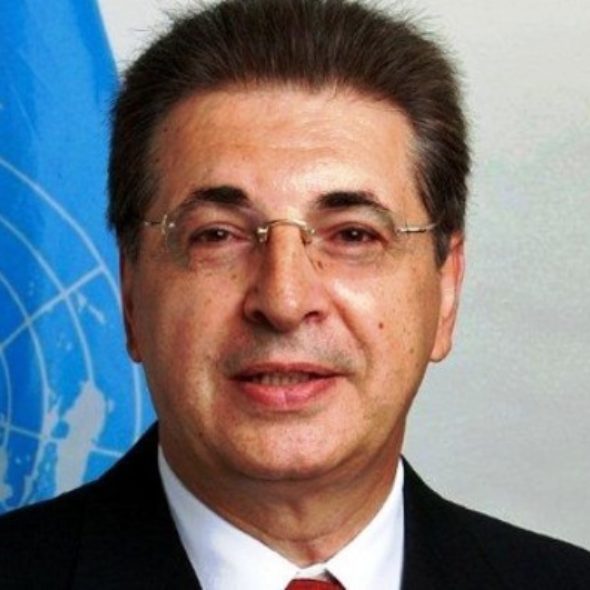 Srgjan Kerim is a Macedonian diplomat, economist and businessman, who has previously served as Foreign Minister and Ambassador of the Republic of Macedonia, and was President of the 62nd Session of the U.N. General Assembly. Dr. Kerim is Chairman of the Board of Politika Newspapers and Magazines in Belgrade. He is also General Manager for South-Eastern Europe of the WAZ Media Group.

“After 70 years we ought to realize that times have changed, the world has changed and the UN is due to change. This is why my first priority is management reform. This reform must be guided by good governance as a basic principle. Subsequently, good governance must be practiced on all levels, local, regional and international.”

“The institutional memory represents a pillar of the United Nations to the extent that it provides legislative legitimacy and plays a crucial role in the functioning of the organization. It represents one of the highest virtues of the UN but also one of its weakest sides. It is certainly a virtue to treat continuity as a method of work of the organization.”

“Departments that achieve savings after implementing their mandate should be rewarded, not punished by budget cuts.”

“Performance measurement is the first step that leads to improvement in any organization and the UN is no exception. The simple act of paying attention to something will inspire new ideas and trigger improvement.”

“The United Nations should serve as the driving force to engage the whole world community and lead a joint action in keeping global warming under control. The UN must pay special attention to the needs of the least developed countries (LDC's), the landlocked developing countries (LLDC's) and the small island developing states (SIDS), whose security is under constant threat due to climate change. They should be kept high on the agenda of the Secretary General.”

"... Citizen participation comes into play as one of the key components in the intricate and intertwined network of building synergies for strengthening cooperation and enhancing the functionality of multiple organs within the UN system.”

“Multilateralism can be compared to a waterfall. It always finds its way even if there are stones and cliffs that need to be succumbed. The existence of APEC, BRICS, MERCOSUR, ASEAN, G-20 etc. does not narrow and diminish the significance of the United Nations. Their role is not a substitutionary to the UN, but rather complementary … Multilateralism as such is the new paradigm for achieving effective cooperation among nations, especially through the United Nations as the only inclusive multilateral organization on a global scale.”