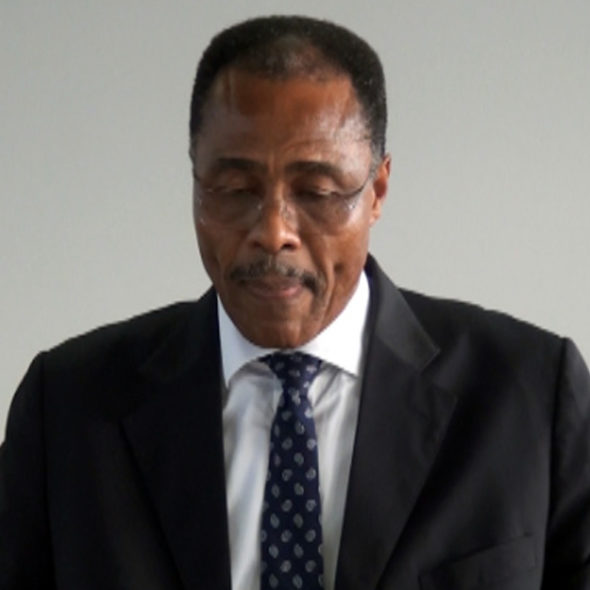 Hélder Barros is an economist by training, and a former Minister of Economic Affairs of São Tomé and Príncipe. He is standing as a candidate for the Presidency for the second time, and declares that his goal as President is to “unite the Santomean family”.

“My past is linked to this country, and I think I have some experience that can be put to the service of the nation,” says Helder Barros. “I don’t believe anybody has a magic wand, but I think if we can find a minimum basis of understanding and do some reforms, create a more inclusive environment, we will be able to find new direction for this country”.

Barros is currently pursuing postgraduate studies in International Relations at the London School of Economics. He graduated from California Coast University, before working as a Coordinator for the United Nations Office for Project Services in Northern Iraq. He was then a Special Assistant for the United Nations Mission in Angola (2002-2003), and between 2008 and 2014 was Head of Office for the UN mission in the Democratic Republic of Congo.

HB: If elected, I will do my best to reactivate the initiative by former UN Secretary General Kofi Annan on "the dialogue of civilizations"

HB: To support a global initiative aimed at fighting extremism and fundamentalism, and in favor of measures to protect the social side of globalization.