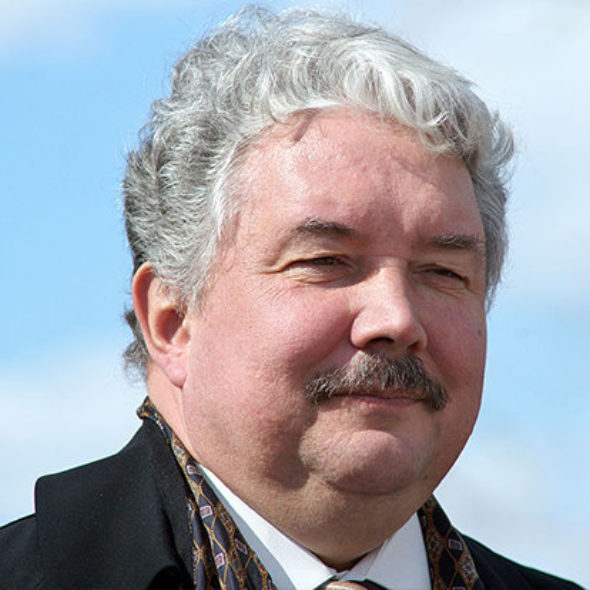 Born in 1959, Sergey Nikolayevich Baburin grew up in the Omsk region, in Eastern Russia. He graduated from Omsk University, served in the Armed Forces of the USSR and was posted to Afghanistan. After leaving the army, he obtained a PhD in Law from Leningrad University.

Baburin began his academic and political career in the 1980s. He voted against the dissolution of the USSR and was leader of the parliamentary opposition to Boris Yeltsin, the first President of the Russian Federation. From 1993-2000 and 2003-2007 he was Deputy Chairman of the State Duma, the lower house of the Federal Assembly of Russia. He was Chairman of the Commission for the Formation of the Union State of Belarus and Russia. From 2002 to 2012 he served as Rector of the Russian State Trade and Economics University. He is currently President of the Association of Law Universities, President of the Association of People’s Deputies, and leader of the Russian People’s Union, his political party.

The core of his party’s programme is to restore Russia’s influence within its neighbourhood, and the re-establishment of a union of the Russian Federation, Belarus, Ukraine and other neighbouring states, with the ultimate goal of a single unified state.

Baburin is also in favour of strengthening Russia’s geopolitical position on the Eurasian continent, promoting the development of Crimea and Sevastopol as legally returned Russian territory. He stresses the importance of developing the Eurasian Economic Union and Russia’s leading role in the framework of the Shanghai Cooperation Organization and unification of the BRICS nations. He promises to pay particular attention to the conflicted areas of Russia’s neighbourhood, urging immediate diplomatic recognition by Russia of the Transnistria Moldavian Republic, Donetsk People’s Republic and Lugansk People’s Republic.

More broadly, Baburin sees Russia as the guarantor of international peace. He states that Russia’s position in resolving international conflicts (such as Kosovo, Iraq, Iran, Palestine, Syria and Afghanistan) should be actively to oppose any attempts by other actors to use these conflicts in further strengthening a unipolar, aggressive world order.

If elected, he has promised that measures will be taken to restore equitable relations with European countries. In Asia-Pacific, he has stated that Russia’s foreign policy must be built on the basis of a long-term, equal and mutually beneficial partnership with the leading powers of the region (primarily China, India, Japan and South Korea) and equal relations with other countries in this part of the globe. He acknowledges the special coordinating role played here by the Shanghai Cooperation Organization.

In the Middle East, Baburin remarked in a recent interview to Iranian state media, “the continuation of Iran-Russia cooperation is important for strengthening the peace and tranquillity of the Middle East and the Caspian Sea Region, and this cooperation has always been a peace-making one. Iran and Russia are playing bold roles in countering the security challenges of the region, especially terrorism, and thanks to efforts of these two countries terrorism has failed to spread into the Caspian Sea Region and the Caucasus … Iran and Russia played a significant role in Syria where terrorists hit the Arab country seven years ago; Turkey later joined this coalition; and the trilateral partnership has now changed the situation in Syria.”

On the question of migration, Baburin proposes to contain what he describes as the saturation of the national labour market by establishing periodic temporary moratoriums to attract unskilled foreign labour workers; establishing social guarantees for anyone who is legally employed, including migrants; and the introduction of criminal liability of employers for the employment of illegal migrants.